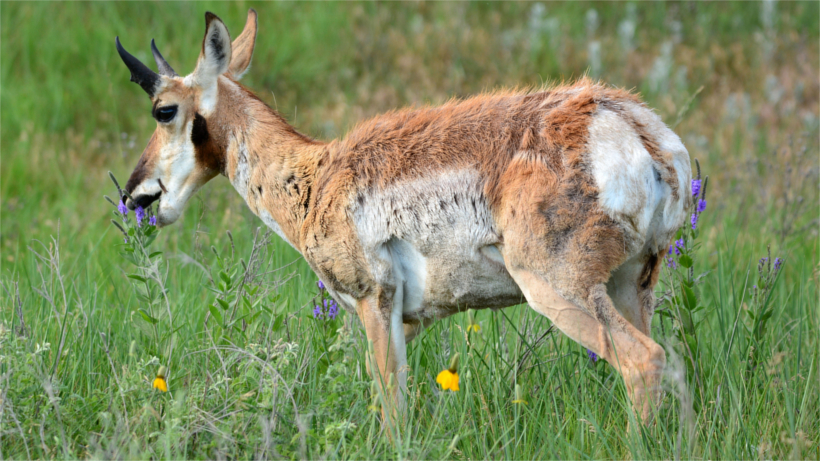 With over 100 big game animals dead after ingesting toxic landscaping yews, residents continue to push for more education on the issue and move forward towards a possible ban. This week, individuals with Idaho’s nursery businesses, weed control superintendents and concerned citizens met at the Idaho State Department of Agriculture to discuss legislation that would require a reduction in the number of yews used in landscaping, The Idaho Statesman reports. The measure has support from the governor’s office and the hope is that common ground will be found among the interest groups so that more wildlife deaths can be prevented.

As goHUNT previously reported, earlier this year, 50 pronghorn antelope died after ingesting Japanese yew plants in Payette, Idaho.  Other reports of countless dead mule deer and dozens of dead elk stretch across the state – all linked back to yews. Japanese yews are a popular shrub used for a variety of landscaping purposes. Yet, according to GardeningKnowHow.com, the Japanese yew has toxins called taxine A and B that are fatal if “ingested by dogs, cats, horses or people” and can “cause sudden death due to heart failure.”

While a possible ban is on the table, those within the landscaping industry feel that education is the main way to help wildlife.

“I really think that education is the way of fixing this problem,” said Seneca Hull of Franz Witte, who spoke for the Idaho Nursery & Landscape Association (INLA) during the meeting. “... If you live in the Foothills, you shouldn’t plant yew in your yard.”

“We’re educating (customers) like crazy,” said Dennis Fix of Far West, on behalf of the INLA. Fix has been rewarding customers who rip out a yew and bring it to his store by paying them $30. “... It does have spots where it really works. I don’t think we should wipe it off the board just because of a one-year event.”

While Blaine County, Idaho passed a ban last year, many believe that a state-wide ban shouldn’t be treated lightly.

“Step one: Educate. Step two: Regulate,” Boise City Councilwoman Lauren McLean told The Post Register. “I believe in my heart of hearts that this would never be intentional, so it’s a matter of getting the word out and making sure it doesn’t happen again as we see new development in the Foothills.”