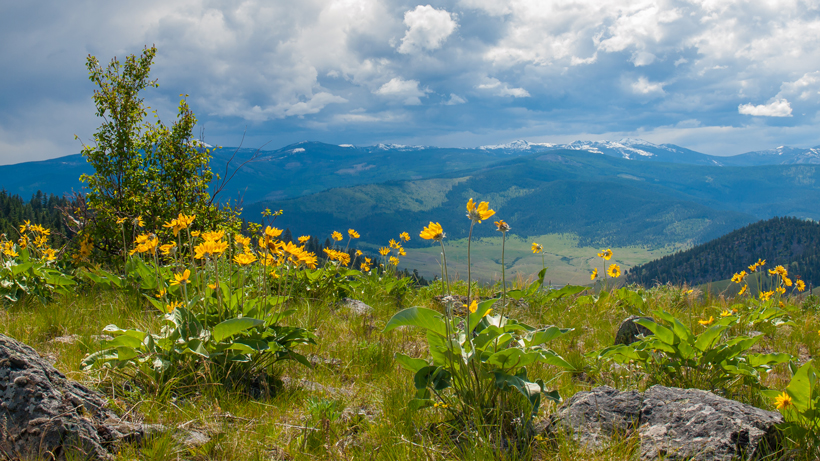 With drought blanketing the West, fall hunting seasons could be impacted in Montana as wildlife managers consider how elk and deer fared during the hard summer and how area closures could influence hunting access. While severe winters are usually the issue when it comes to big game health, this year, it’s the other side of the coin: persistent drought that has “stifled grass growth” and interrupted green up that elk, deer and other animals depend upon, according to the Independent Record.

“I think we’re seeing that doubled-edged sword,” said Brian Wakeling, Game Management Bureau chief with Montana Fish, Wildlife and Parks (Montana FWP). “We did see a relatively mild winter and were looking forward to that with fawns and calves hitting the ground. But the real challenge for that of course is we’re also dealing with drought (and) fires. So while we might’ve seen some favorable winter survival, we may see some reduced survival in terms of recruitment and getting those young animals into adulthood.”

Fortunately, some species – and areas – are doing okay despite the continual drought. Wakeling said that “Northeast Montana has seen a surge in mule deer populations,” which means that overall numbers are holding steady at the moment; however, mule deer herds in the southwest portion of the state “are not quite as rosy.” Whitetail deer are doing a bit better than mule deer and elk as they “tend to be less sensitive to extreme summer conditions,” said Wakeling.

And area biologists believe that there will be quite a difference in weight-gain and general health of deer and elk because of the lack of forage.

“Any calves or young born this year are probably going to be pretty darn light going into the fall,” said Butte-area Montana FWP biologist Vanna Boccadori. “Adults just won’t have the fat, which can affect breeding potential so you could see this affect two generations of animals.”

However, according to Boccadori, there should still be plenty of deer and elk in the woods this fall.

“I hope we get a good harvest because if we have a hard winter we’re likely to have pretty decent winter kill,” said Boccadori.

Hunters who plan on heading to the Big Belts and Elkhorns should also fair pretty well this fall.

“Over-winter survival should’ve been good but obviously you may see some impacts from the drought conditions out there on reproduction and things like that,” said Townsend-area Montana FWP biologist Adam Grove. “With cows and does it can really depend on what sort of environment they’re in with native range quality and lack of forage in some cases. It wouldn’t be surprising to see lower calf and fawn crops.”