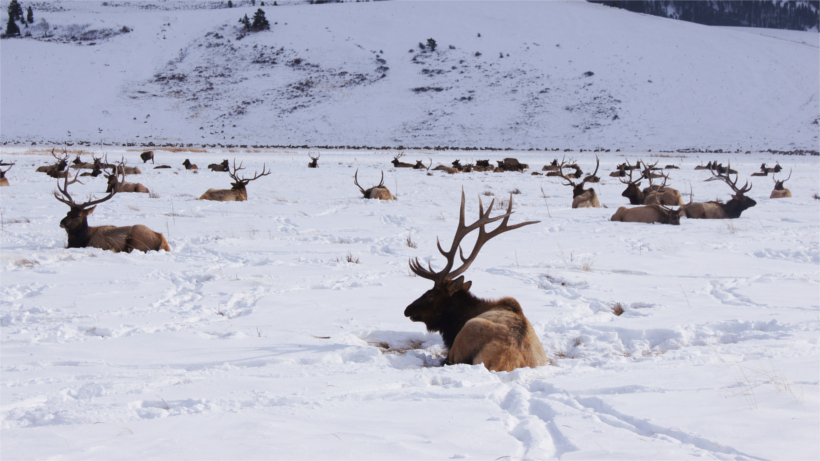 Wyoming elk could be in trouble. A new yet-to-be-published study suggests that a high rate of chronic wasting disease (CWD) could have negative repercussions throughout the Jackson Elk Herd – though not right away. The animals, which congregate on the 24,700-acre National Elk Refuge, were part of a scientific model in an effort to predict how CWD could impact this particular herd.

Colorado State University ecologist Tom Hobbs and coauthors Doug Brimeyer, Eric Cole, Nathan Galloway and Ryan Monello determined that while the presence of CWD and hunting could both negatively impact the growth of the herd, should CWD infiltrate 7% of the cow elk, the future of the other elk would be in jeopardy, according to the Jackson Hole News & Guide.

“Our modeling effort suggests, and I think it stands to reason, that we wouldn’t see enormous impacts in the first few years,” Hobbs told the Jackson Hole News & Guide. “But I very much don’t want that to foster complacence about this, because after that near term I think it’s quite unpredictable about what would happen to that elk population.”

CWD has wrecked havoc on countless ungulate herds over the years; Hobbs’s attempt to predict how CWD will affect the Jackson Hole area is a scientific first – and, hopefully, one that will help biologists keep CWD in check once it arrives. According to the Jackson Hole News & Guide, CWD hasn’t yet been confirmed in the Jackson Elk Herd or any of the other elk that utilize Northwest Wyoming’s 23 feedgrounds. Instead, the disease waits backstage with confirmed cases in mule deer a mere 35 miles away and other elk only 160 miles away.

This means that the probability of CWD infecting elk within the Jackson Hole region is highly possible. Hobbs suggested that one way to stall the spread of the disease would be changing “the spatial distribution of these elk, up to and including eliminating supplemental feeding.”

“I think the discussion in the future is really going to focus on this, and I’m not going to tell you the answer,” Hobbs told the Jackson Hole News & Guide. “The discussion needs to focus on, ‘What are the benefits of supplemental feeding relative to the risks that are imposed by rapid spread of CWD in this population?’”