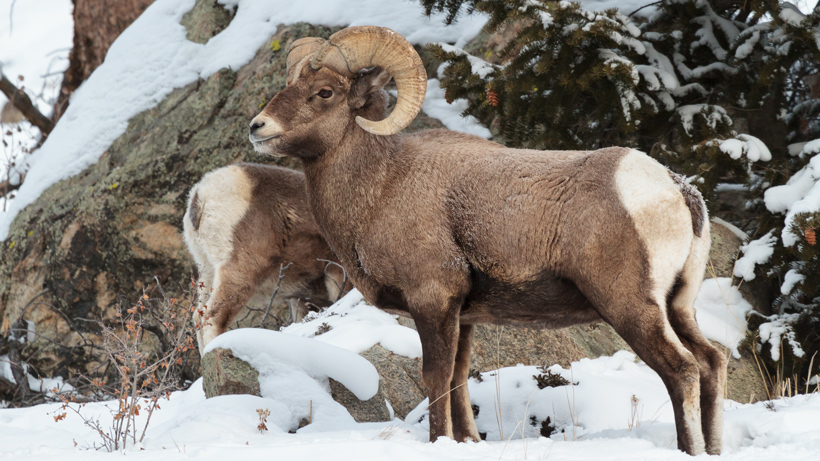 According to the Independent Record, SB 344 would allow “the collection of horns from sheep found dead of natural causes”—a practice currently prohibited to deter poachers. Legally harvested bighorn sheep have to be “plugged” with a seal from the state. SB 344 would require Montana Fish, Wildlife and Parks (MFWP) to do that for legal shed hunters.

The bill is sponsored by Sen. Mike Lang (R-Malta), who acknowledged that poachers are going to poach no matter what and, for those who are collecting sheds legally, the high fines for anything collected illegally should be enough to thwart criminal activity.

“We’re not going to be able to stop the bad apples,” said Lang, who added that the purpose of SB 344 is to “try not to penalize the people that do things the right way.”

Nick Gevock of the Montana Wildlife Federation testified that SB 344 brought “bighorn sheep in line with regulations on picking up horns or antlers from other animals.”

However, SB 344 does have some restrictions: shed hunting would be considered “off limits” in state parks and, should you be lucky enough to find a bighorn sheep horn, don’t even think about trying to sell it or barter with it. In fact, according to the Independent Record, a permit would be created to transfer “ownership of the horns in a situation such as the death of the owner.”