Will baiting continue to be legal in Utah? 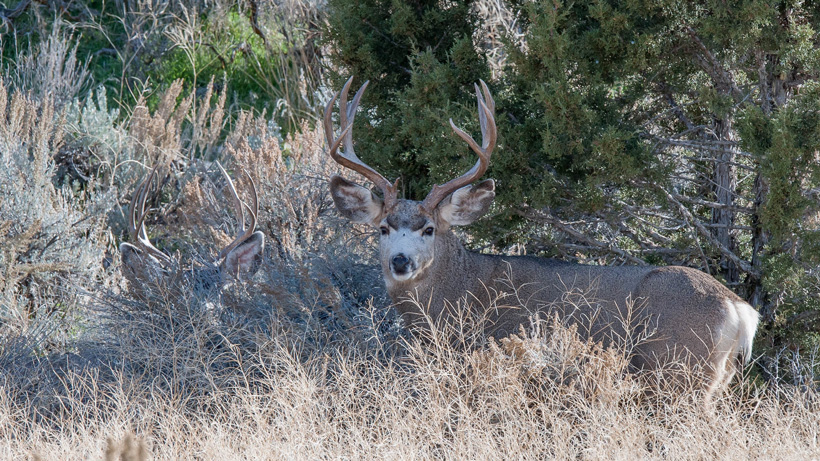 Baiting can be a controversial topic among hunters. Some say it gives hunters—particularly bowhunters—an unfair advantage and falls within the gray area when it comes to the idea of fair chase and ethics. However, it’s still technically legal in Utah. Regardless, the Utah Division of Wildlife Resources (UDWR) is currently debating whether to regulate the activity, especially when it comes to big game like elk and deer, The Salt Lake Tribune reports.

While still a common practice in Midwest states, many western states have started to regulate or prohibit luring animals with apples or other bait. Some worry that baiting brings herds together in “unnatural ways,” which could spread infectious diseases among deer and elk herds.

“We have CWD (chronic wasting disease) in the state,” said Steve Sorensen, a member of the UDWR’s mule deer committee. “It’s spread by saliva and nose-to-nose contact. A deer is going to leave saliva on an apple.”

“The way mule deer roam, their home range is 150 miles (241 kilometers),” added Brock McMillan, a UDWR wildlife biologist. “When you manipulate that with baiting, it changes the natural way they use the landscape.”

Others say baiting makes hunting too easy, pointing to the lure of the candy-like apples when the food begins to become scarce during the late fall and winter. As it stands, Utah currently doesn’t have any rules when it comes to baiting deer or elk; however, according to The Salt Lake Tribune, the wildlife agency does discourage feeding wildlife and does regulate how bait is used for hunting black bears.

Last month, UDWR’s mule deer committee “endorsed banning bait in a split vote,” which moves the issue before the Utah Wildlife Board. The board will discuss and decide whether the bait ban should be approved for next year.

What do you think? Should baiting continue in Utah? Should it be banned? Weigh in on the matter in the comments.