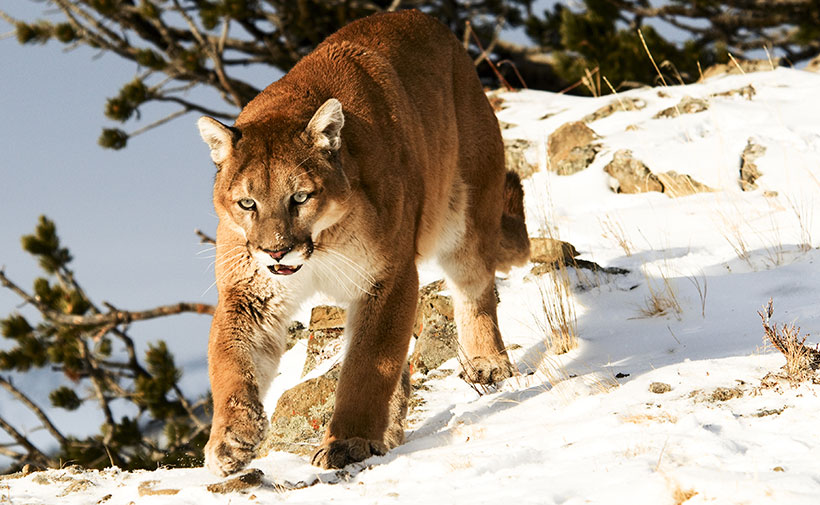 New Mexico’s proposal to increase the kill limits of cougars and bears may be derailed by animal rights advocates who are against the decision. Yet, the rationale behind the higher kill limits comes from an informed consensus among New Mexico Department of Game and Fish (NMDGF) biologists who say that the amount of available habitat coupled with the increase in nuisance calls from livestock owners means that higher kill limits are necessary to manage the predators.

The State Game Commission meets every four years to authorize changes to hunting rules and this Thursday (today), the commissioners meet to discuss management of cougar and bear populations. According to the Santa Fe New Mexican, NMDGF biologists recommend increasing the number of bears that licensed hunters can take in areas like the Sandia and the Sangre de Cristo mountain ranges and also increasing the number of cougars from two to four in areas where the kill limit has not yet been met. Additionally, trappers will be able to catch cougars on private land and state trust land without a special permit; all that is needed is the permission of the game department director.

While language has been added to protect female bears and cougars and their young, groups like the Animal Protection of New Mexico, the Sierra Club and the Center for Biological Diversity hope that mass emails to supporters and the media, public opinion polls and meetings before the Commission will be enough to halt the increased kill limits. Will these groups be able to stop the proposed increase? Public comments are welcome before the Commission votes on the final rule changes. The meeting will be held in the Santa Fe Public Library.