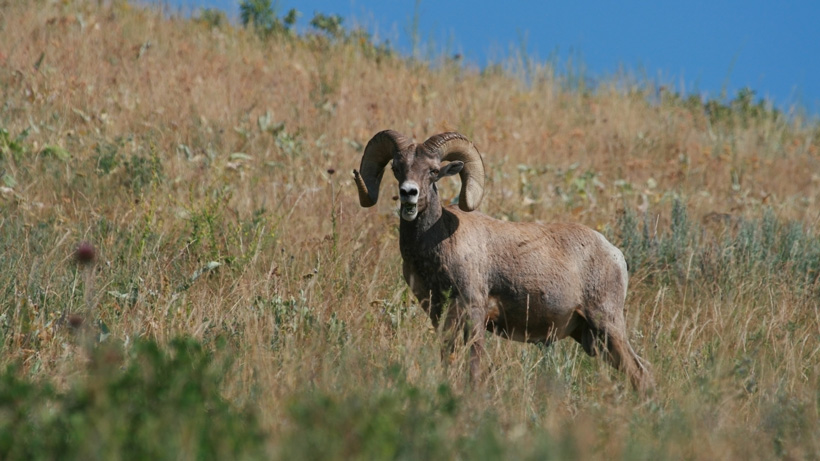 If you have a tip leading to the arrest of the poacher behind a bighorn sheep ram illegally killed on Jan. 26 in northeast Oregon, you could receive a $10,000 reward. This week, the Oregon Department of Fish and Wildlife (ODFW) announced the increased reward after several nonprofit associations chipped in to raise the original $1,000 by another $9,000.

“Collaborative efforts like this send a strong message that Oregonians feel protective of our fish and wildlife,” said ODFW Director Curt Melcher. “This is a place where we find common ground in our values and beliefs.”

The increased reward is a result of efforts by the Oregon Hunters Association (OHA), Oregon Wildlife Foundation (OFW) and the Oregon Chapter of the Foundation for North American Wild Sheep (Oregon-FNAWS). The organizations pooled resources from chapter branches and members who wanted to send poachers a strong message: Oregonians are united in efforts to stop poaching and punish those responsible for this type of wildlife crime.

According to ODFW, the GPS collar on the bighorn ram signaled that the animal had stopped moving, causing field biologists to head out to the Wenaha Wildlife Area where they found the collar and “one severed, tagged ear on the ground near an access road to a feeding station.” Officials determined that the ram had been shot since “blood and hair were found beneath the collar.”

OWF contributed another $2,500 to the reward.

“These problems can be solved when organizations work together,” said Tim Greseth, executive director of OWF. “Oregon Wildlife Foundation is proud to join organizations like Oregon Hunters Association and Portland Audubon in the fight against wildlife crimes in Oregon. The Foundation is committed to doing that.”

Oregon-FNAWS also contributed $2,500 toward the reward.

“No one agency or organization has the resources to do everything on their own,” said Kevin Martin, Oregon-FNAWS chapter president. “We’ve worked with agencies and wild sheep chapters and foundations from across the western US and Canada, including British Columbia, Alberta, Idaho, Washington, Utah, Oregon, and Montana; and also the US Forest Service, Bureau of Land Management (BLM), Oregon Department of Fish and Wildlife (ODFW), Tribes, other conservation organizations, private corporations and funders, Oregon State Police, everyone who wants to,” he said. “We are pleased to participate with these partners.”

Investigators hope that the increased reward will bring someone forward to help catch the culprit behind the crime.

“Poachers take away opportunities from everyone else out there following the rules,” said Oregon State Police Fish and Wildlife Captain Casey Thomas. “I’m very appreciative of all the different organizations coming together to increase the reward amount, which will hopefully generate a good tip or information that leads us to those responsible for killing this bighorn.”