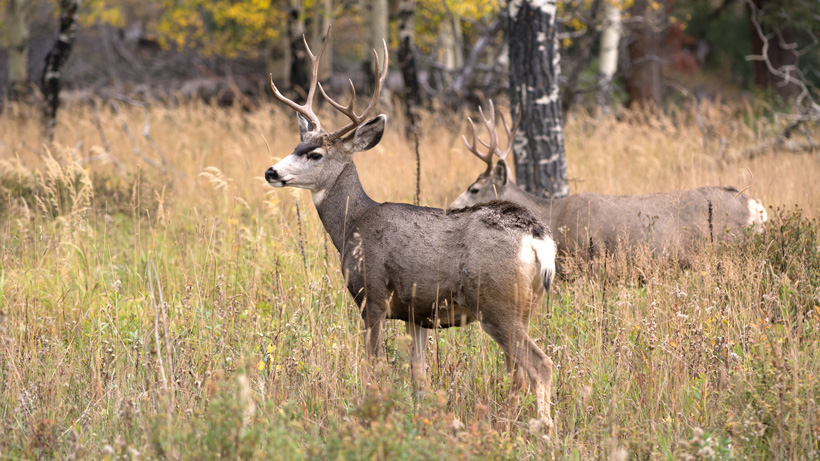 Nevada’s wildlife crossings have helped thousands of animals safely navigate over dangerous highways, especially within key mule deer migration routes. While a costly endeavor, over the past few years, the value of the crossing can be measured in a lower vehicle-collision rate as well as a way to restore fragmented habitat interrupted by roads and other development.

An early adopter of the crossings, which include both overpasses and underpasses, Nevada completed its first wildlife crossing on U.S. 93 in 2010—a project that cost about $2.2 million, according to the Nevada Independent. However, over the next four years, the Nevada Department of Transportation (NDOT) found that over 35,000 mule deer used the crossing, which also resulted in a reduction of wildlife-vehicle crashes—crashes that can cost about $19 million in property damage and injuries each year.

“After some of the first structures were constructed on Highway 93 by the [Nevada] Department of Transportation, we got beat up,” said Tony Wasley, Director of the Nevada Department of Wildlife.

And, according to Nova Simpson, a NDOT biological supervisor, “Other states are definitely jumping on the bandwagon and doing these projects.”

In Nevada, different solutions are applied to different areas, depending on the challenges in that particular region. For example, according to the Nevada Independent, in Reno, the focus is on wild horses that cross the USA Parkway near the Tahoe Reno Industrial Center; near Boulder City, NDOT’s concerns are on the bighorn sheep that roam there; near Elko, it’s mule deer migration routes. Each species uses the crossings differently.

According to Simpson, “prey tend to travel on the overpasses, shying away from the enclosed environment created by underpasses, which are preferred by predators.”

While funding remains a big component of completing new wildlife crossings and proposing others, the collective support from a variety of developers and partners as well as state and local government has helped push many of these projects forward.

“Simply having everyone at the table from the very beginning — developers, local agencies, and transportation agencies — we can develop innovations to help protect human safety, protect wildlife and habitat, maximize development opportunities and reduce costs to taxpayers,” said NDOT Director Kristina Swallow.