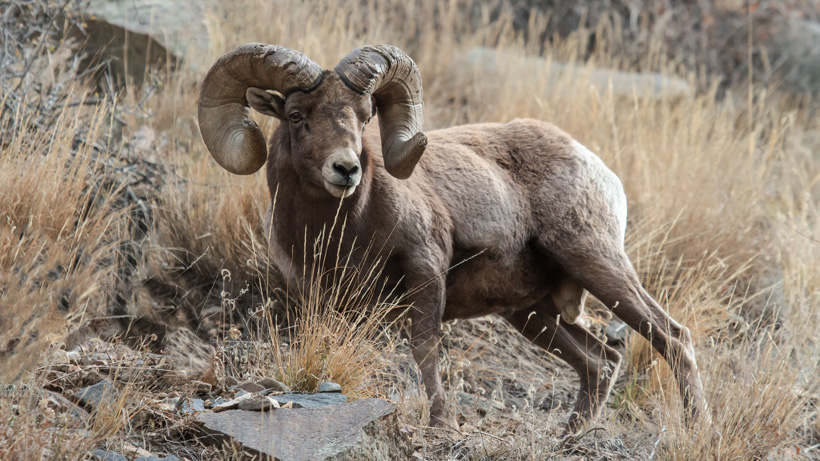 Is there a new world record ram? Last year, Montana Fish, Wildlife and Parks (MFWP) officials discovered three bighorn sheep skulls on Flathead Lake’s Wild Horse Island in Montana. Wild Horse Island is home to roughly 100 bighorn sheep and its 2,163 acres of prairie grasses make it the perfect habitat for bighorn sheep to thrive and grow, which seems to be the case for these particular sheep. All three skulls had a green score of over 200” and Boone and Crockett (B&C) plan to measure and rank the skulls once the 60 day drying period is over. It’s anticipated that all three will be within the top ten and one may become a new world record, the Daily Inter Lake reports.

All three skulls are from 8- to 10-year-old males, which MFWP say died of natural causes. The pending world record bighorn sheep skull has horns that complete a full spiral on each side before coming to evenly-pointed ends. The skulls were preserved in a freezer when they were found by MFWP officials and currently in the middle of the 60-day drying period required by B&C before the official measurement can be recorded. Regardless, prior to the B&C scoring, when found, one measured at 205 2/8” and another measured at 209”. The current world record is a 209 4/8” Alberta ram, according to the Daily Inter Lake.

MFWP regional supervisor Jim Williams told the Daily Inter Lake that the third skull “looks bigger than the other two,” adding that “Montana is unique because of these bighorns.”

Stay tuned to goHUNT to find out if Wild Horse Island can claim a new world record ram.