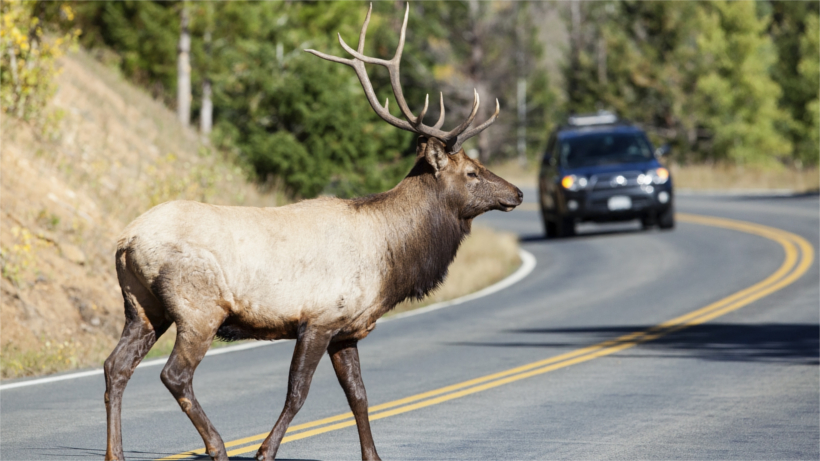 South Carolina residents, keep your smartphones ready: there’s a wild bull elk wandering Pickens County. Thought to be a rogue bull from the herd of Rocky Mountain elk re-located to establish a herd in the Great Smoky Mountains National Park in North Carolina, his presence marks the first elk sighting in the state since the 1700s.

Carl Walsh, president of the South Carolina chapter of the Rocky Mountain Elk Foundation, told the Greenville News that he believes the animal to be about 2 ½ years old. He photographed the elk on private property in the Rocky Bottom area.

“If you had settled in South Carolina back in the late 1600s you would have had an abundance of elk. But our forefather shot them all out for clothing or food,” says Walsh. “And we haven’t had an elk in 275 years.”

Because it’s such a rare occurrence, photos of the wild elk have been circulating on social media, some of the elk alone and others with people feeding him. Regardless of whether the animal appears to be tame, officials warn that residents should remain cautious.

“People get a false sense of security, because elk don’t mind being approached,” says Justin McVey, a wildlife biologist with the North Carolina Wildlife Resources Commission. “But they are still wild animals and can be very dangerous. All it would take is for that elk to swing its antlers, and it could really hurt somebody.”

Some are hopeful that the elk will stick around even though his wandering is most likely because he’s searching for a mate.

“Hopefully next time he’ll bring a female with him and we can establish a small herd here in South Carolina,” says Walsh.