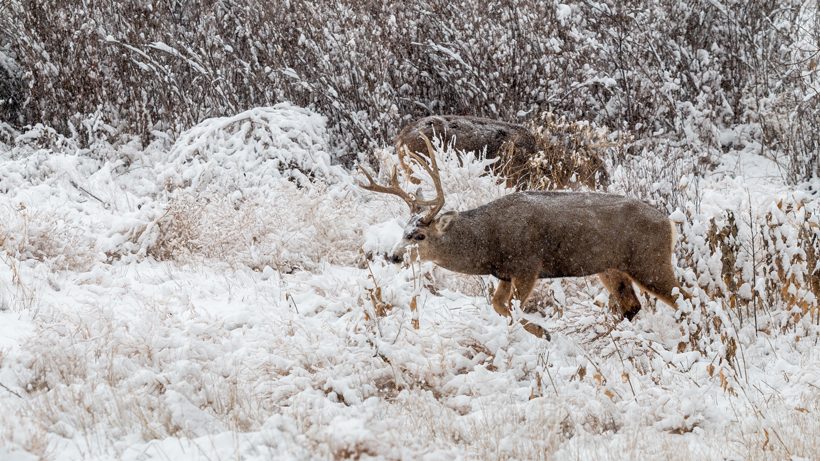 A new wildlife crossing is in the works in Johnson County, Wyoming due to a high vehicle-animal collision rate. The project, which will begin north of Kaycee and span 15 miles of Interstate 25 toward Buffalo, will cost $3.8 million with $500,000 provided by the Wyoming Game and Fish Department (WGFD) and the rest from state and local governments, conservation organizations and individuals, Wyoming Public Radio reports.

“It was prioritized because it does have a high vehicle collision rate,” said WGFD spokeswoman Sara DiRienzo. “But also, we had such great partnerships throughout, there was a lot of really good local support, from the county to private landowners, and so some of this work was able to move a little bit faster because of that.”

Projects like these require different levels of funding and engineering and, for the Johnson County project, the majority of the costs will be posts, fencing and gates to help “funnel animals” like mule deer through existing culverts and underpasses, according to WPR.

But this isn’t the only wildlife crossing under consideration across the state.

“There’s a bunch of them around the state that were identified by a team in 2017, and so this is one of those projects that they’ve been working on getting funding for,” said DiRienzo. “It’s one of the major projects—it's in the top 10.”

“This section of road was pinpointed just based on the GPS data,” added DiRienzo. “So, we know that improving this stretch of road will make a huge difference for wildlife.”

Once the project is completed, wildlife should be able to cross the busy highway without “interfering with the traffic on the interstate,” said DiRienzo.

Construction is slated to begin this spring.