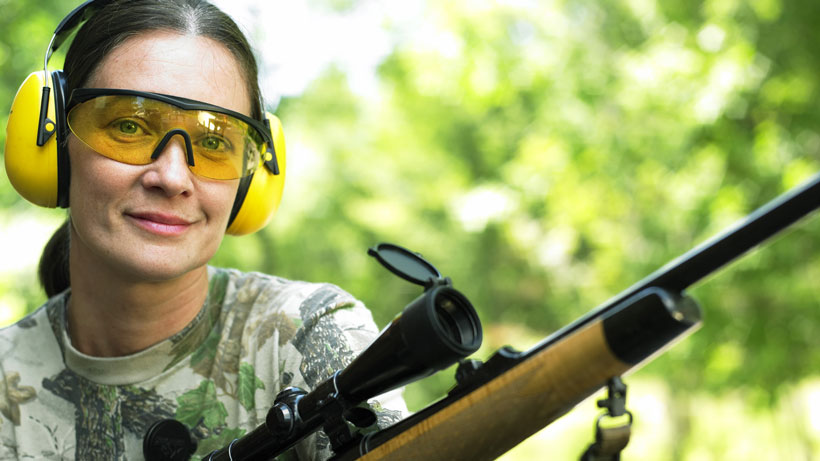 Recently, women have been at the forefront of key campaigns and people are paying attention. While still a minority within the hunting and fishing industries, a new conservation coalition launched this week aims to change that. On Wednesday, the National Wildlife Federation (NWF) launched Artemis, an organization founded by sportswomen from six Western states. Their mission? To defend public lands and waters, iconic wildlife species and establish more female leadership within the wildlife and conservation arena.

Named after Artemis, the Greek goddess of the hunt and wildlife, the fledgling organization hopes to recruit new members quickly and plans to host a national sportswomen’s summit next spring, according to the Public News Service.

“We’ve recognized that very often conservation groups tend to market to men first, and I think we are alienating a voice out there that is very vital to a broader discussion as far as conservation of our wildlife and wild lands,” Jessi Johnson told the Public News Service. Johnson, who coordinates the group, hopes that it will “help amplify female voices in the conservation movement.”

Backed by the NWF, Artemis will spend the next few months working on service projects and public outreach in order to improve wildlife habitat and build a network of sportswomen. The group hopes to bring likeminded sporting females together and conduct leadership workshops, conservation training and sporting activities.

“We believe in a ‘complete sportswoman’ concept, a concept where, yes we hunt and fish, but we also have relationships with decision makers, we build leaders, advocate for wildlife, and teach others to do the same,” said Maggie Heumann, an outdoor retailer and Artemis co-founder, in a press release. “Without this level of engagement, we don’t see a future that looks good for our sporting traditions.”

Artemis’s first focus is on the controversial issue of transferring federal lands to state management, which could result in less access and less land for everyone to use, especially if states are forced to sell off the excess land to the highest bidder because it is costly to manage it.

With the establishment of Artemis, Johnson – and other founders – hope that women will join in and bring their leadership and ideas to conservation initiatives across the country.

“We are thrilled to be part of this amazing group, to come together with these sportswomen, and to bring our much-needed voice to the forefront of the conservation movement,” said Alexis Bonogofsky, a Billings, MT, rancher, lifelong hunter and Artemis co-founder, in a press release. “We have big plans and will certainly be a force to be reckoned with.”