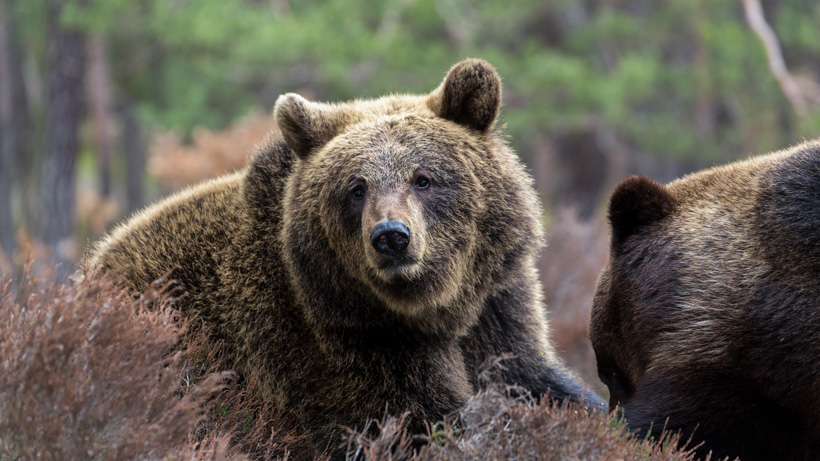 Last April, a man was fatally mauled by a West Yellowstone grizzly bear. Since then, the investigation of the attack hasn’t brought forth new details aside from a strong warning, according to the Missoulian.

“That reiterates the necessity to know and use bear safety recommendations,” she added.

Cooley led the investigation of Carl Mock’s death by grizzly attack that occurred on April 15. The attack was the second for Montana in 2021 and 18th for Yellowstone since 1892. The other Montana attack occurred in Ovando on July 5 and is still under investigation.

40-year-old Mock was no stranger to grizzly territory, working as a guide for Backcountry Adventures and a resident of West Yellowstone for 14 years, according to the Missoulian. However, a solo hike on April 15 near the Baker’s Hole campground resulted in his death. Investigators say he had brought fishing gear and a camera to the closed campground and likely the surprised the grizzly bear around 3:30 p.m. He was able to discharge a full can of bear spray during the attack and call 911 to report where he was. However, when the rescue team arrived 10 minutes later, they found the bear before they found him.

“The bear was standing on its hind legs and making huffing noises at us,” Gallatin County Sheriff’s Deputy Mike Gavagan wrote in his incident report. “The bear then dropped to all fours and charged us, breaking off his charge after about 30 yards. We were yelling and hollering at the bear as he charged. Dispatch notified us that Mock could hear us yelling and he said the bear was very close to him.”

The grizzly was “moving in an arc varying 20 to 70 yards” and charging while responders were trying to staunch Mock’s wounds. Mock had massive wounds to his head and neck and lost a lot of blood. Unsafe air conditions forced rescuers to drive 115 miles by ambulance to a hospital in Idaho Falls.

A moose carcass was found nearby – the likely cause behind the attack.

The grizzly, known as Bear No. 449, was only six years old when it was first captured, radio-collared and tattooed for a research survey in 2003, according to the Missoulian. However, on April 16, once located and killed by a team comprised of Montana Fish, Wildlife and Parks, West Yellowstone Police, Gallatin County Sheriff and Forest Service Law Enforcement officers, they determined it weighed 411 pounds and was 24 years old. Inside its stomach? Moose meat and “one bit of tissue that turned out to be from another grizzly bear,” which indicated No. 449 had been in a recent fight.

“If this were the case, those interactions could have contributed to bear 449’s overall aggressive defense of the moose carcass toward Mr. Mock, initial SAR and the investigation team,” stated the report.

Mock died due to his injuries on April 17.