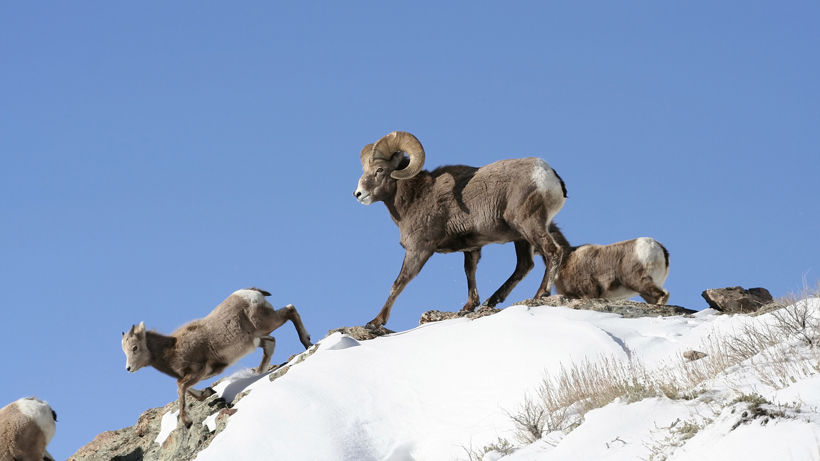 For over a decade, Myocplasma ovipneumoniae (Movi) has lingered within the herd, impacting lamb survival rates. WDFW says that’s “likely due to asymptomatic carriers.” While historically, herds with persistent disease have been completely eradicated to keep the disease from spreading, wildlife biologists are trying a different tactic with the Yakima Canyon herd.

“The upcoming management trial is an experiment many years in the making,” said Mike Livingston, WDFW Region 3 Director. “We’re trying a ‘test and remove’ process that has been successful in other western states but is still fairly new in Washington. We’re working closely with partners in Idaho, Oregon, and the Wild Sheep Foundation to learn from this situation and if the approach could help clear pneumonia from other herds.”

WDFW plans to test and collar as many of the 100 adult bighorn sheep within the herd as possible. Biologists hope that this will result in a better understanding of “the prevalence of asymptomatic carriers.” It will also allow for the removal of infected members to boost overall herd health.