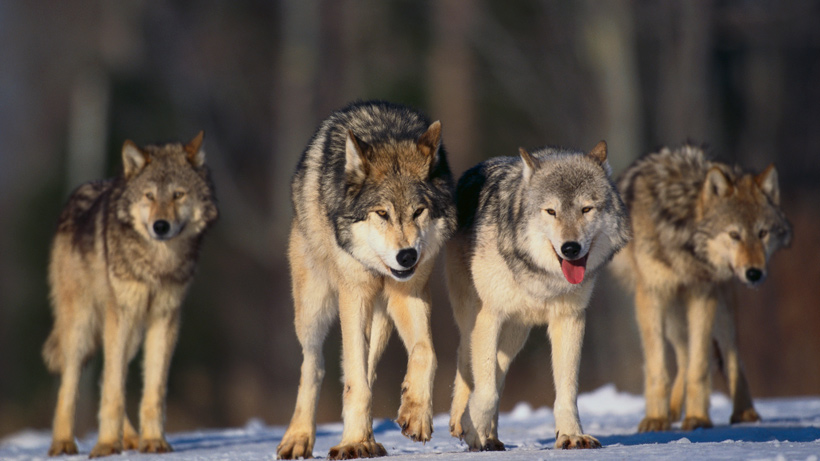 While Washington wolf recovery is on an upward slope, last year’s wolf pack count has some environmental groups accusing the state of mismanaging the apex predators. During a state wolf advisory group meeting last week, the Center for Biological Diversity voiced its concern over the drop in population growth despite the fact that packs still grew by 6% in 2017, the Daily Record reports.

“The sharp departure from wolf number increases in past years is cause for serious concern,” said Amaroq Weiss, wolf advocate at the Center for Biological Diversity. “While population growth hasn't stopped entirely, these modest numbers clearly indicate the state should not kill any more wolves.”

Weiss is alluding to the fact that previous years showed a steady pack growth of 30% among Washington wolves. In 2017, Washington “documented 14 wolves killed….by a combination of hunting, poaching, vehicle collisions or other causes,” according to the Daily Record. The Colville Indian Tribe participated in a limited hunting season on the reservation, accounting for three of those wolves. Wolves from the Profanity Peak Pack and Smackout Pack were lethally removed because of repeat depredation on livestock. Other wolves were poached.

Wolf management in Washington is a collaborative project. Wolf Specialist Ben Maletzke told the Daily Record that the Washington Department of Fish and Wildlife “employed an array of nonlethal strategies last year” that included “cost-sharing agreements with 37 ranchers who took steps to protect their livestock,” state-provided range riders, guard dogs, lighting, flagging for fencing and consistent monitoring of pack movements via GPS collar.

“We know that some level of conflict is inevitable between wolves and livestock sharing the landscape,” said Maletzke. “Our goal is to minimize that conflict as the gray wolf population continues to recover.”

Washington currently has roughly 122 wolves that make up 22 packs with 14 successful breeding pairs. The majority of the wolves (15 of the 22 packs) roam northeast Washington, particularly in Ferry, Stevens and Pend Oreille counties, according to the Daily Record. While the Center for Biological Diversity is troubled by the decrease in wolf pack growth, other groups are pleased with the wolves’ recovery.

“We’re glad to see that Washington’s wolf population continues to grow, and are particularly excited to see a notable increase in the number of successful breeding pairs compared to past years,” said Mitch Friedman, executive director of Conservation Northwest.