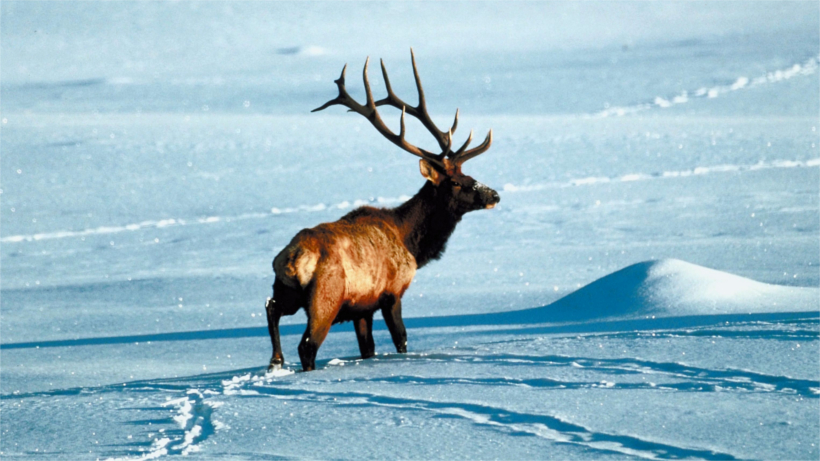 Winter can be an unforgiveable season for wildlife. Deep snow covers food sources and negative temperatures freeze watering holes, which makes tallying up winterkill a part of the spring thaw. Fortunately, for the past few years, mild winters have helped boost winter survival among elk, deer and bighorn sheep across Washington State; however, this year, harsh weather has taken hold, resulting in an expectation of some winterkill among wildlife.

So far, only a few deaths have been reported to the Washington Department of Fish and Wildlife (WDFW). Jeff Bernatowicz, a WDFW biologist, told The Yakima Herald, that most of last year’s wildlife mortality occurred in March and figures that “the full impact of winter won’t be known until April.”

Yet, it’s not just lack of food that has biologists worried.

Naches Ranger District wildlife biologist Joan St. Hillier told The Yakima Herald, “That thick layer of ice allows predators like cougars and whatnot to run over it, but doesn’t hold up deer and elk. So they have to maneuver through more snow.”

Hunters should anticipate fewer harvests and opportunity due to winterkill impacting deer, elk and bighorn sheep for the second year in a row, though Bernatowicz stresses it’s not just winter conditions creating increased mortality – it’s also a low birth rate and a lack of forage due to drought conditions. For now, biologists are standing by to see what March and April will bring.

“Conflicts start to taper off now if the weather gets better and the snow just starts to recede,” says Bernatowicz. “Night temperatures get better, days get warmer.”