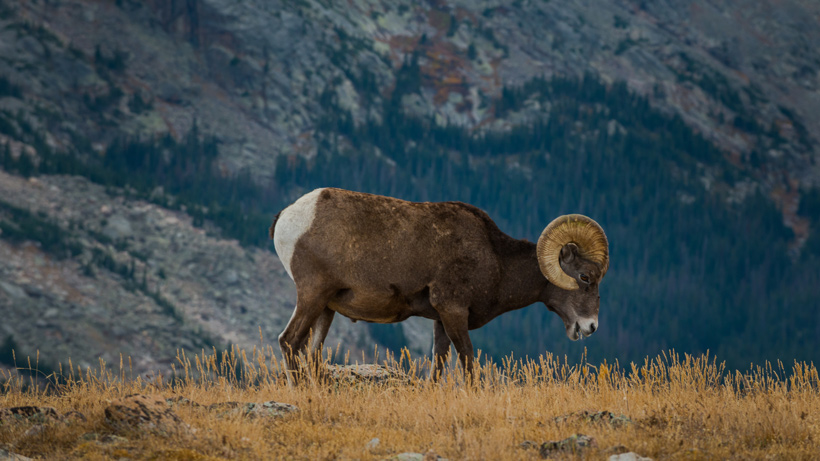 Hundreds of bighorn sheep traverse the Hellsgate Game Reserve on the Colville Reservation in Washington. This is a result of Eric Krausz’s hard work. Krausz is a wildlife biologist with the Confederated Tribes of the Colville Reservation. For several decades, Krausz has worked extensively with the Colville Tribes’ Fish and Game Department (CTFGD) to restore the once native bighorn sheep back to the reservation. His hard work has paid off as the bighorn sheep are now plentiful enough that tribal members are able to harvest them for sustenance and traditional purposes.

“Eric is very passionate about managing wildlife populations to become the best they can be,” Richard Whitney, the tribe's senior manager in the wildlife division, told the Tribal Tribune.

Krausz, who began his career conducting aerial surveys for the drilling industry, brought his expertise to wildlife management on the reservation.

“Eric singlehandedly took on the Big Game Aerial Flights Sightability program and has successfully applied it beyond its own design,” said Whitney, “using one flight to monitor all big game populations (moose, elk, deer, bighorn) versus flying the same area multiple times to count each species.”

Krausz told the Tribal Tribune that former CTFGD Director Joe Peone was the one who really allowed him to pursue species recovery on the reservation.

“He kind of gave me the opportunity to spread my wings and try to pick off one of those at a time and it started with bighorn sheep,” said Krausz.

In the wake of his successful bighorn sheep recovery, Krausz has now set his sights on reintroducing another formally native species: pronghorn. To do this, he’s partnered with the Nevada Department of Wildlife. Nevada has plenty of pronghorn to relocate to the reservation to help Krausz’s recovery efforts. However, within the first month, after releasing the first 52 pronghorn, 11 were discovered dead, which Krausz believes is a result of fencing issues within the reservation.

“When you have a landscape that’s been fenced for livestock range, there's a whole thing you’ve got to educate and that's a slow process,” said Krausz. “We knew fences were a concern, but we didn’t really feel the full brunt of that until we released that first group and immediately we were starting to go out and get mortality signs on those collars.”

Regardless, Krausz is excited about the future and has other reintroduction projects planned for California bighorn sheep, Rocky Mountain bighorn sheep, mountain goats and Canada lynx.

“I think from a biological perspective, that ecosystem always functioned with that species as part of it. I think any time you take away a chunk of that, it’s gonna have an effect on how that works,” said Krausz. “Knowing the work I do helps the culture and reservation, it makes you feel good. I got nothing personally to gain other than to make this better for future generations of the families and friends I have here.”