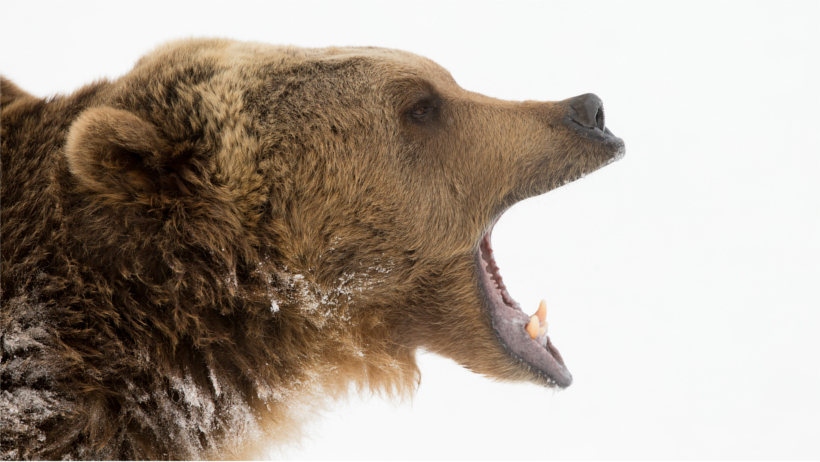 While he tried to yell and scare the bear away, it didn’t work.

"About 6 to 7 feet away is when she finally did her lunge. Jumped up and that's when I stuck this arm right here, more or less sacrificing this arm here to keep her off my throat, my neck, back of my head," says Rico. "Once she bit onto my arm, she plowed over the top of me, drove me into the ground."

And she didn’t stop there.

"When she bit onto me, they have so much force when they bite that it was almost like somebody was chewing on a chicken bone. And you could hear every crunch," says Rico.

Fortunately, it seemed like she eventually became bored of attacking Rico, who immediately reached for his pistol once she started to lumber off. Yet, some quick thinking on his part had him reconsider shooting.

"After she got off of me, that's when I pulled my pistol out of my pack,” says Rico. “I cocked it back and had a choice: I could either shoot her and possibly wound her and have her come back to finish me off, or just let her go."

Rico immediately called his hunting buddies on his cellphone, who admitted that they’d heard the entire encounter, unable to get to him to help. Rico then hiked about a mile and a half back down the mountain where medical care awaited. The surprising thing is that he actually wasn’t that hurt, despite the length of the attack. He was released from the hospital the next day without any broken bones or internal injuries.

Rico was lucky. Make sure you are prepared if you’re hunting in grizzly country. Here’s an article that offers some great tips.