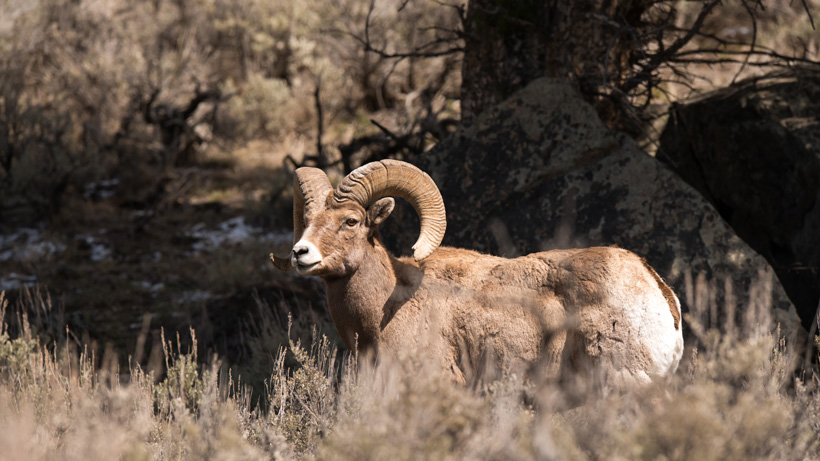 After seven bighorn rams from Washington’s Quilomene herd were found with a domestic ewe, officials are taking action to prevent the potential spread of disease to the state’s largest bighorn sheep herd. The ewe, which was removed after the Washington Department of Fish and Wildlife (WDFW) gained the owner’s permission, tested positive for Mycoplasma bacteria – the same bacteria that causes bacterial pneumonia in bighorn sheep and causes massive die-offs, the Daily Record reports.

The seven rams were spotted by an off-duty Kittitas sheriff’s deputy on Oct 1. as they fraternized with the domestic ewe. WDFW biologists were able to remove the domestic animal on Oct. 6 and run the required tests. Now, WDFW must now decide which of the Quilomene herd’s bighorn sheep must be removed and tested in order to “assess if the herd is infected.” Biologists plan to lethally remove 15 bighorn sheep and test an additional 10 to 15 animals “using non-lethal means,” according to the Daily Record.

“At this time, we know the ewe was with wild bighorns in the most southern portion of the herd’s range, where approximately 50 bighorns are located,” said Mike Livingston, WDFW Region 3 Director. “What we have to find out is whether any of the wild sheep have contracted the disease from her. It’s an unfortunate situation, but the operation, which will primarily target rams, should have minimal effect on the overall population.”

The Quilomene herd has about 220 to 250 members and roams Kittitas County. Once bacterial pneumonia infiltrates a herd, lamb mortality rates increase. There’s no treatment or vaccine for the disease and, unfortunately, it can linger within the rest of the herd for years.

“Once we know if Mycoplasma has infected the herd, we will have a better understanding of how to move forward,” said Livingston. “And, we must move quickly because the breeding season has started and will peak within the next few weeks.”