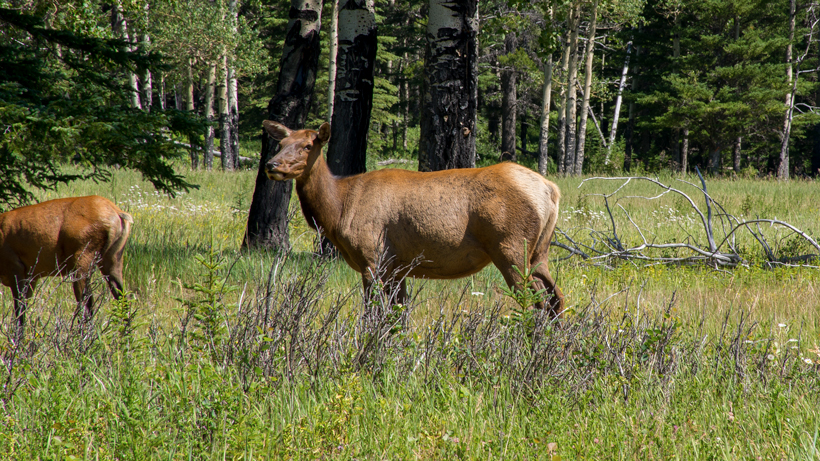 If you’re hunting elk in Washington this fall, you can participate in a pilot program to help officials track elk hoof disease and enter for a chance at a special hunting permit. You read that right. The Washington Department of Fish and Wildlife (WDFW) is asking successful hunters to turn in elk hooves from potentially infected animals so that they can check them for “lesions between the hoof claws, for overgrown or cracked hoof claws, and for sloughed hoof claws” that are all common signs of elk hoof disease, according to The Chronicle.

If you do, then you are entered into a drawing for a premium elk tag for next fall. All you have to do is take your hoof to the nearest drop-off location so that WDFW staff can evaluate it.

“It’s easy to see the outward indication of the animal having the disease,” said WDFW ungulate specialist Kyle Garrison. “It’s limping, holding a hoof up. Now those animals can be targeted and removed.”

In fact, because of this specific incentive, WDFW hopes some hunters will target animals that seem infected.

According to The Chronicle, WDFW is still working out the specifics regarding the special permit, but anyone who hunts elk in Washington is aware of how rare this opportunity is – being able to hunt a mature bull elk “outside of general seasons using the weapon of choice” in a large portion of Western Washington. To date, there’s never been a permit offered of this caliber. 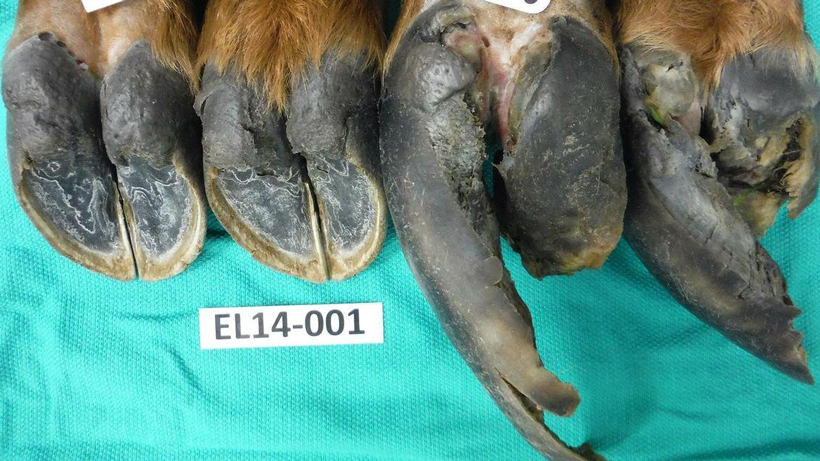 The four deformed hooves of one elk with hoof disease are shown in this lab photo by researchers studying the disease plaguing elk in southwestern Washington. Source: The Chronicle

“It’s a very unique opportunity to have a high quality hunt,” said Garrison.

Treponeme-associated hoof disease (TAHD) has been in the state since 2008 and reported in 17 counties, according to Garrison. It’s also in Oregon, Idaho and northern California.

“It’s present in areas such as the Olympic Peninsula, the north Puget Sound and the North Cascades elk populations,” said Garrison. “It’s present, but not present at as high as prevalence rates seen to the south.”

Fortunately, so far, the disease has not severely impacted any of the North Cascades elk population.

“In its early stages, it creates lesions,” said Garrison. “Then it progresses and gets worse from there.”

While there is still so much unknown about this particular hoof disease, Garrison said “it’s believed to be passed from elk to elk by walking” as the “infected animal deposits bacteria into the soil and other elk” walk through that infected area.

“Following that model of transmission, if you were able to remove the animal with the infection from the landscape, then you could begin to interrupt and lessen that transmission,” said Garrison. “It’s an untested hypothesis, but one that has been put forth.”