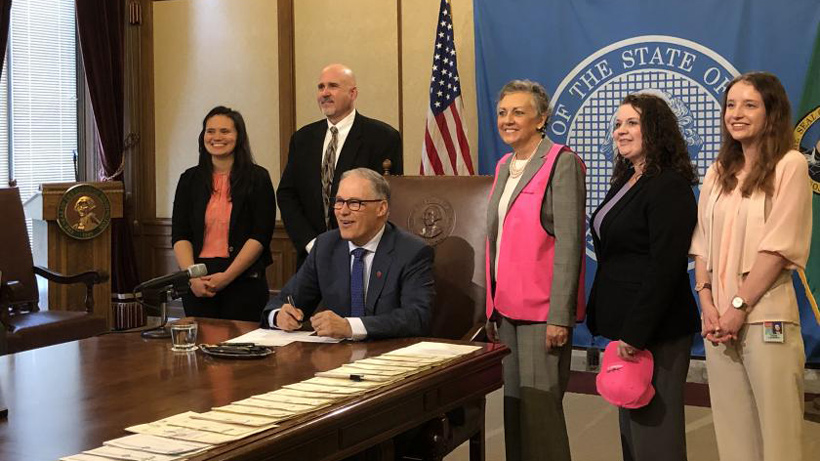 This week, Washington Governor Jay Inslee signed blaze pink into law, which means the Evergreen State joins other states like Colorado, Wisconsin, New York and Minnesota that have already legalized fluorescent pink for hunting. The bill modifies the current regulation that requires a minimum of 400 square inches of fluorescent orange be worn during certain hunting seasons, Q13 Fox reports.

“Orange will always be the classic safety color, but I think our state’s hunters can appreciate something new and different – and because fluorescent pink doesn’t blend in with anything else in the forest or field, it also offers the excellent visibility we need for safety,” said Sen. Lynda Wilson (R-Vancouver), told Q13 Fox.

The fluorescent orange requirement has helped decrease the number of hunter injuries and incidents since its adoption. As goHUNT previously reported, the blaze pink initiative began in Wisconsin in 2015 and other states have slowly followed in hopes of recruiting more women to the sport

“By adding fluorescent hunter pink, we are providing more choices to our hunters,” said David Whipple, Washington Department of Fish and Wildlife hunter education division manager. “Women are one of the fastest-growing hunting groups, though we believe that this option will feel inclusionary all to new hunters. This attention is also helping to highlight the safe behaviors for continued reductions in hunter injuries and incidents.”