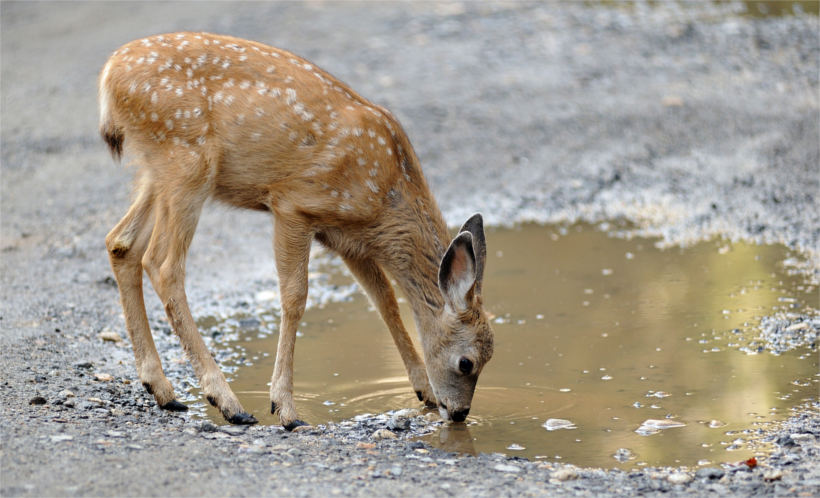 While warmer weather may have boosted overall fawn and calve production, officials with the Wyoming Game and Fish Department (WGFD) warn that the mild winter and potential drought conditions may cause a sharp decline in juvenile recruitment. The past winter wasn’t as harsh as years prior, which allowed calves and fawns to prosper. Yet, with drought conditions looming, developing deer could face forage shortages, leading to a higher rate of mortality.

“What will probably happen is that we will have pretty good production this spring,” says WGFD’s Bud Stewart. “But if we have a drought, we might have a higher rate of mortality for a lot of those fawns and calves.”

WGFD says that low snowfall due to warmer weather – and resulting in less moisture – will likely impact food sources across the Tongue River basin and the Sheridan area this spring and summer. In fact, the University of Wyoming’s Water Resources Data System says that both areas only have about 60% of the average snow water equivalent.  The level of snow water equivalent is one of the ways researchers predict future droughts, according to the Sheridan Press.

“Moisture drives the ecosystem — there is no way around it. Without moisture, there’s less forage and that’s not a good situation for almost any wildlife,” says Stewart.

Even a short-term drought can have a lasting impact on wildlife and, should it occur, will hinder hunting for the 2016-2017 season. Droughts can yield higher mortality, lower body weight, and impact herds by creating poor production for future seasons. Even so, researchers aren’t giving up yet. A wet spring could be the solution and could still be on the horizon.

“Hopefully we get a lot more snow up in the mountains and rain at lower elevations. We really want a couple days were we can get a half an inch of rain,” says Stewart. “Those timely rains could have a huge impact on the wildlife.”