Want to count wolves in Michigan? 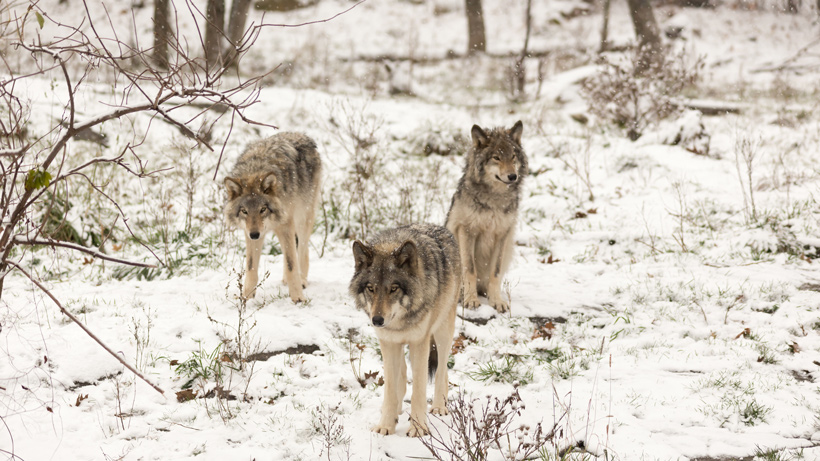 Want to know how many wolves roam Michigan’s northern Lower Peninsula? So do Michigan Department of Natural Resources (MDNR) wildlife biologists. In fact, MDNR is looking for volunteers to help with the annual survey. If you see a gray wolf between Feb. 19 and March 15, MDNR would like you to report it. Spot what may be a wolf track during a hike? Take a picture and, if possible, measure the size of the print “with a ruler for scale and try and preserve the track,” WPNB-TV reports. This will help wildlife biologists determine how widespread wolves are within the northern portion of the state, particularly north of M-55.

“The probability of DNR personnel observing an actual wolf or its tracks in the northern Lower Peninsula is very low,” said MDNR wildlife biologist Jennifer Kleitch. “It’s helpful to have as many eyes as possible looking, so public reports are important for this survey.”

While the wolf population is dwindling on Isle Royale, an island located 55 miles away from Michigan’s Upper Peninsula in Lake Superior, wolves do roam the northern portion of the Lower Peninsula. The number of wolves has grown exponentially since the first 20 were documented in the early 1990s. Today, according to the Detroit Free Press, “the number has since increased to hundreds.”

“It’s important that observations are reported in a timely manner so we can work with fresh sign. Those who find what they believe are wolf tracks should preserve the physical sign and take a photo of the tracks with a ruler in the frame to indicate size,” said Kleitch. “We’d also be very interested in any recent pictures of a wolf in the Northern Lower Peninsula.”