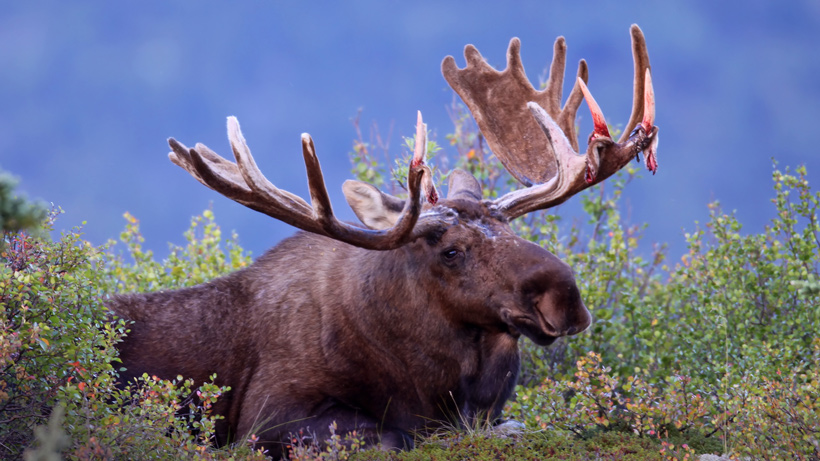 Vermont’s moose population is still steadily declining—particularly within the Northeast Kingdom—and it’s all because of ticks. Once known for its multitude of moose, Vermont is now plagued with tons of ticks and figuring out a way to get rid of them is part of the problem. Earlier this month, Vermont Department of Fish and Wildlife (VDFW) officials held a public meeting to discuss the possibility of reducing the moose population, which would then, essentially, deplete the ticks’ food source and, hopefully, defeat the blood-sucking parasite, VT Digger reports.

Of course, to suggest that fewer moose would equal fewer ticks had attendees questioning the logic behind the idea. Some “called for a moratorium on moose-hunting until the tick problem is better understood;” however, according to VT Digger, Vermont Agency of Natural Resources Secretary Julie Moore said that the state’s moose herd “had been experiencing higher than normal mortality rates in the past few years,” which state biologists “believe is likely linked to a population explosion of winter ticks.”

Winter ticks prey on moose, especially moose calves. After feeding on the moose all winter, weakening the animals significantly and causing many deaths, the ticks drop off of their hosts in the spring as adults ready to start the cycle all over again. Mild winters have created a safe haven for ticks to thrive year-round, making them a major problem within New England. As goHUNT previously reported, Vermont (along with New Hampshire and Maine) is part of a multi-state study aimed at cow and calf survival rates using GPS-collars to keep tabs on the solitary mammals.

According to Cedric Alexander, VDFW’s moose specialist, “results from the past two years have show ticks to be the cause of death for many of the calves that did not survive the winter.” In 2017, 12 of the 30 collared calves died and, in 2018, 15 of the 29 collared calves died, which is a 52% mortality rate, VT Digger reports. Poop.

As moose numbers continue to decline so has the number of available moose tags. This year, there will be 13 bull-only permits available for the 2018 hunting season, which is a major drop compared to previous seasons held from 2005 to 2010 when more than 1,000 permits were available. Regardless, some questioned whether hunting should even be allowed to go on if the moose population continued to dwindle.

Alexander says that the number of permits for 2018 is “very conservative.”

“There could be 10 moose harvested,” said Alexander. “That’s 3,000 pounds of meat that hunters in Vermont can still get without endangering the population.”