Vermont elk on the run 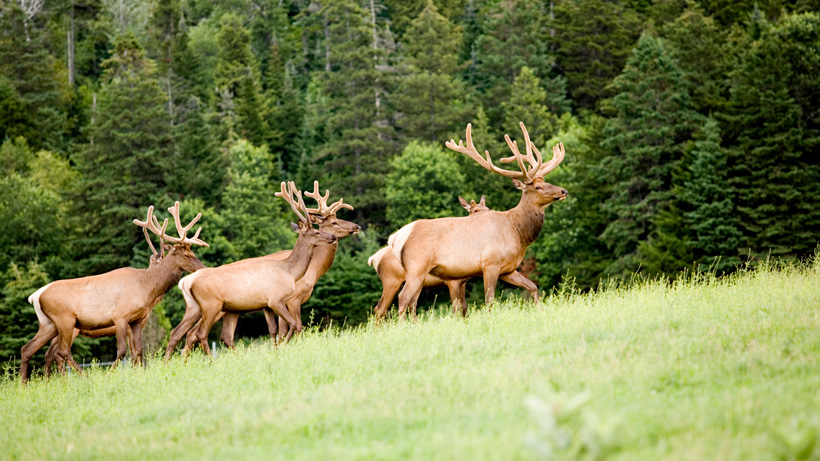 Sixteen farm elk were on the run after fleeing their enclosure last week in Derby, Vermont. The animals escaped the high-fence enclosure after a gate was left open, the Burlington Free Press reports. The elk split into two groups of 12 and four, respectively, and several continue to evade Vermont Fish and Wildlife officers as well as Vermont Agency of Agriculture officials, who are in charge of regulating the farm-raised ungulates.

As of June 25, 2017 at 7:27 p.m., WCAX reports that seven have returned home to their preserve in Derby; another was captured and one “was shot by its owner or one of his workers.”

While VFW Commissioner Louis Porter hopes that the rest of the animals can be re-captured unharmed, if necessary, the agency will shoot the roaming elk to protect other wildlife from disease as well as area residents.

“If we are not able to do that we are talking to the owner, to Doug, about shooting them,” Porter told the Burlington Free Press. “Obviously our best option, our hope, would be to get them back alive. But if they are posing a risk to people or a disease risk to wildlife we might have to take other measures.”

According to the Burlington Free Press, the animals are raised for meat, but are no different than their wild counterparts. Yet, officials aren’t concerned that the elk will suddenly “go wild and establish a herd in the region.”

“They haven’t adapted to dealing with coyotes and bears, predators,” says Game Warden Major George Scribner. “The predators would get them just as quick as anything.”

How long will the other elk evade authorities? Stay tuned to goHUNT to find out.