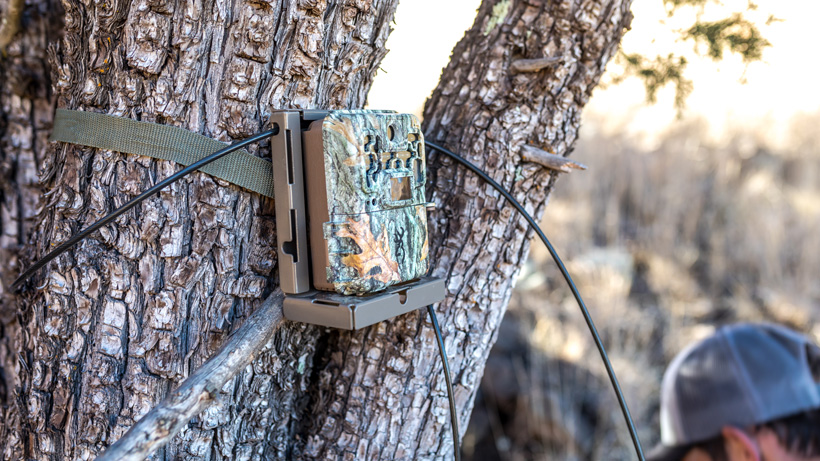 This week, the Utah Wildlife Board moved forward with restricting the use of trail cameras by a 4:3 vote and other hunting-related technology for taking or aiding in the take of big game. The change coincides with HB 295, which was passed by the Utah Legislature effective May 5, 2021, and instructs the wildlife board “to make some rules governing the use of trail cameras in hunting,” according to a press release.

While the majority of the 14,000+ hunters surveyed about the new rule opposed the use of transmitting trail cameras for hunting, the wildlife board opted to go a step further with prohibiting ALL trail cameras (both non-handheld transmitting and non-transmitting devises) between July 31 and Dec. 31. This new rule also applies to private landowners.

Upon approval of this new rule, the sale or purchase trail camera footage or data for this same purpose is also restricted. Further, other hunting-related technologies like night vision, thermal imaging, infrared imaging and other electronic devices that “enhance the visible and non-visible light spectrum” are now prohibited in Utah 48 hours prior to any big game hunt opener and during mountain lion and bear seasons.

Note that the new restrictions do not impact anyone using trail cameras to gather information for educational purposes, private landowners using them for security purposes or to monitor agricultural operations or cities in the Urban Deer Program. It also does not apply to government usages of trail cameras.

Watch the commission meeting below:

As goHUNT previously reported, Arizona also recently adopted a similar trail camera restriction regarding use for hunting purposes. In Utah, the Utah Division of Wildlife Resources was also charged with establishing a committee of stakeholders to further evaluate restrictions of other hunting-related technologies.