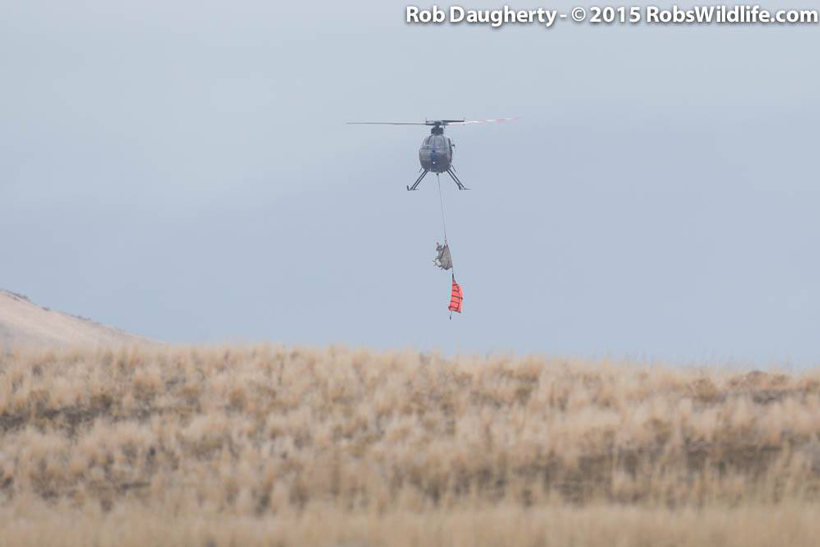 Because hunting is restricted on Antelope Island, too many deer could lead to a population crash, causing competition for food and other resources. Officials plan to reduce the mule deer population to 350 from 600 to 800 deer that inhabit the island in order to keep herds thriving.

“The deer have come back very healthy, as a matter of fact some of them has been as fat as we’ve ever seen them on their rumps,” Chad Wilson, a wildlife biologist for UDWR, told Fox 13.

In a process called “mugging,” a helicopter pilot will herd the mule deer until a man armed with a gun net is able to drop it upon the deer. Officials then put hobbles on the legs and blindfolds over the eyes so that the deer calm down. Biologists check each animal’s weight, tag their ears, give them shots, take a blood sample and monitor temperature before the animals are relocated. This information provides them with an understanding of the overall health of the animals.

DWR will release deer caught during the roundup in central Utah near Mt. Dutton and San Juan, which means that this unique deer herd will be incorporated into the regular Utah mule deer population enabling hunters a chance at deer with great genetics.