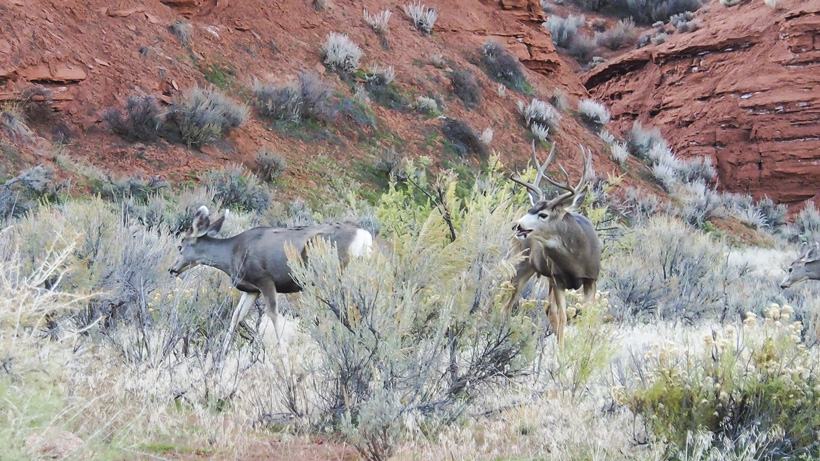 Urban deer in Utah no longer have two different options. The Utah Division of Wildlife Resources (UDWR) recently eliminated the relocation portion of the state’s urban deer program, resulting in the only way to rid cities of too many deer: cull them.

“So urban deer, as we continue to see urbanization across the state and we have more people moving into Utah, more people building houses higher up on the mountain, inevitably conflicts with deer continue to increase,” said Mike Wardle, the private lands public wildlife coordinator for the Utah Division of Wildlife Resources.

According to Utah Public Radio, in 2014, UDWR initiated its pilot urban deer program, but, when it did, gave cities two options: to either lethally remove problem deer or relocate them from urban areas to rangelands.

“We did it with the intent that we wanted to fully understand the benefits and the associated costs and the risks that go along with translocating urban deer,” said Wardle.

However, due to costs and other risks, UDWR decided to discontinue the translocation option this month.

“We’ve discussed the increasing prevalence of CWD across the nation or chronic wasting disease. We decided the risks of moving disease and the costs associated and the small benefit to wildlife is not worth those risks because not a lot of these deer survive,” said Wardle.

The urban deer cull will not impact wild mule deer populations as, according to Utah Public Radio, the populations are quite separate and have no interaction.