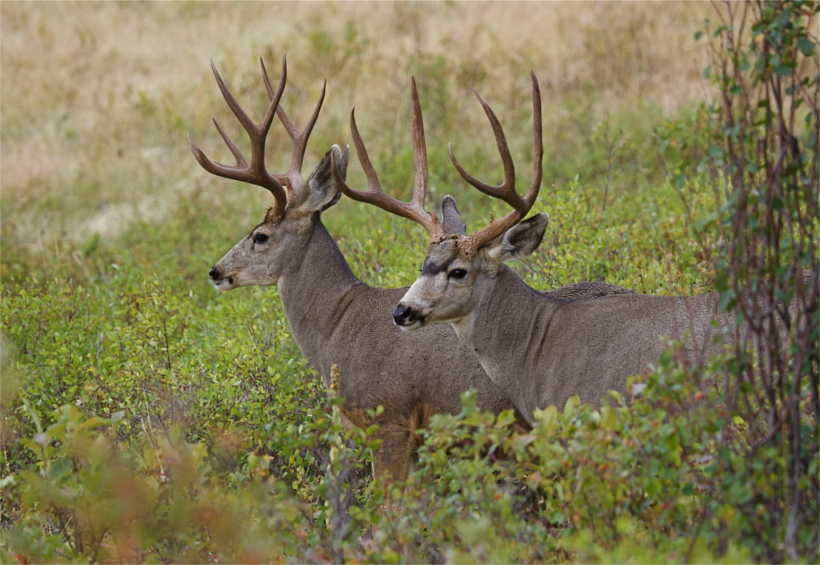 Thanks to healthy mule deer and elk herds over the past few years, Utah is ready to add more than 4,000 general mule deer permits and 12,000 private cow elk permits for the upcoming 2016 hunts. This is great news for hunters interested in harvesting one of these amazing animals this fall.

goHUNT previously reported on the positive buck to doe ratio in February and Utah Division of Wildlife Resources (UDWR) biologists agree that this year, the buck to doe ratio couldn’t be better. 2015 fall hunt surveys found that the current deer population is more than 384,000 animals, according to KSL.com.

“The total number of deer in the state is the highest it’s been since the 1980s and a good percentage of those deer are bucks,” says DWR big game coordinator Justin Shannon. “The average buck-to-doe ratio across Utah — on general season units that are made up mostly of public land — is 23 bucks per 100 does.”

In addition to the burgeoning mule deer herds, elk herds are on the rise across the state with an estimated 79,230 elk, according to KSL.com. Yet, hunters often stumble upon private land access hurdles and many elk prefer to stay put on private land rather than migrate over to public land where hunting is allowed. Because of this issue, UDWR wants to add 12,010 private lands-only permits to 15 units within Utah. Remember that hunters who draw these tags must get permission from the landowner to hunt.

The good news continues for hunters interested in harvesting game in Utah. This year marks the first time in years that cow moose permits will be added to the mix. UDWR wants to add 20 cow moose permits for the East Canyon and Ogden units in Northern Utah.

“Moose are doing really well on both units,” says Shannon.

Here’s a breakdown of the total number of permits proposed: