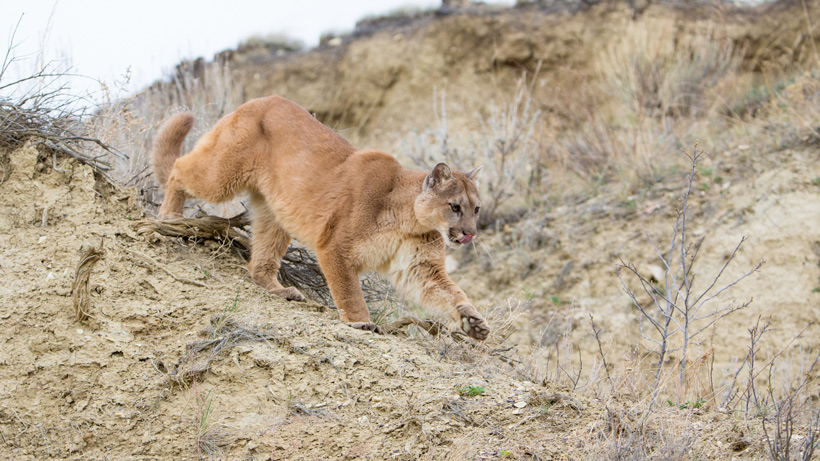 Utah has a lot of mountain lions and, despite the probable wrath from animal activist groups, the Utah Division of Wildlife Resources (UDWR) has proposed increasing the number of mountain lion hunting permits this year. UDWR will advise the state wildlife board to raise the number of permits to 579, up from 531 last year.  This recommendation is based upon thriving mountain lion populations that continue to grow, according to state biologists.

“We think since about 2004, (cougar populations) have probably been growing by about 3 percent per year,” Darren DeBloois, game mammals program coordinator for UDWR, told the Standard-Examiner.

Opponents to this increase say that “the state’s methods are flawed.” The current tally hovers between 1,900 and 4,000 adult mountain lions based upon UDWR modeling, according to the Standard-Examiner. The number of legal permits allows hunters the chance of to harvest roughly 14% to 30% of the population, which “is unconscionable” according to those against the increase. However, the likelihood of hunters actually harvesting that many mountain lions in one season is slim. During the 2015-16 seasons, only 371 mountain lions were killed; last season, only 400 were killed, according to the Standard-Examiner.

Regardless, those against the increase argue that the decision to raise the permit number is not based on science; instead it’s based on estimations that have been off for years.

“We’re not asking for much, we’re asking the division really strive to use best science in a determining what their population of cougars is in the state — they haven’t made a good stab at a population estimate for almost 20 years,” Allison Jones of the Wild Utah Project told the Standard-Examiner. “Recent methods by other states based on telemetry and less on hunter data are more robust.”

But UDWR says that prey numbers and livestock depredation are two main factors when determining mountain lion quotas. So far, there have been 65 livestock deaths linked to mountain lions; the state must pay ranchers for their livestock losses. Carefully managing the mountain lion population through hunts can help ease the livestock interactions with these predators.

The Utah Wildlife Board met yesterday to vote on the mountain lion recommendations. Stay tuned to goHUNT for further updates.