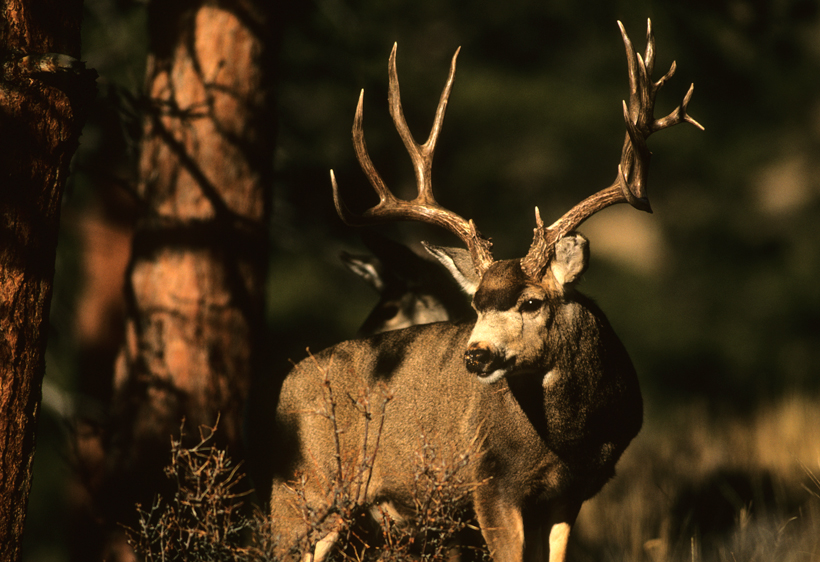 It’s good news for Utah hunters taking to the field as biologists are reporting healthier deer numbers than in any other state.

Biologists estimate the 2013 post-hunt Utah deer population to be around 332,900. This is the highest number in more than ten years and the first consecutive population increase since 2005 - 06.

The estimated Utah post-hunt deer populations are as follows:

While there are numerous well-documented factors that have shown to have a detrimental impact on deer numbers — over-harvesting, habitat loss, drought, disease, predation, competition with livestock for range and food, urbanization, energy development — most agree that there are only two factors that significantly help maintain and grow stable herds: habitat quantity and quality.

In Utah, wildlife managers have directed their efforts on rebuilding and restoring mule deer habitat. Over the past eight years, the state has spent more than $125 million in doing so.

“We have had weather conducive to allowing mule deer to increase and we have done a heck of a lot of habitat work,” said Bill Bates, wildlife section chief for the Utah Division of Wildlife Resources (DWR). “We can’t control the weather, but we can set the groceries up for them.”

In 2005, the state took a unique approach to furthering habitat restoration, and formed a coalition of local, state and federal partners to work on habitat under the Utah Watershed Restoration Initiative.

The partnership-driven effort strives to “conserve, restore and manage ecosystems in priority areas across the state to enhance Utah’s wildlife and biological diversity, water quality and yield for all uses, and opportunities for sustainable uses.”

Water plays a pivotal role in fostering a healthy environment and thus, a more desirable habitat for mule deer.

“Water is the lifeblood of wildlife and agriculture, and the combined resources of the partners built a strong program that has spun its own momentum,” explains Miles Morretti, president and CEO of the nonprofit Mule Deer Foundation in Salt Lake City.

The initiative is led by wildlife resources managers, but many, including ranchers who graze their cattle on public lands, also benefit from the improvements.

Since 2006, the Utah Watershed Restoration Initiative has helped restore more than 1 million acres. An additional 197,100 acres are currently under restoration while 10,600 more acres have been proposed for future restoration efforts.

Of the total $125 million spent, federal partners have provided $69.5 million for the restoration projects while the state has contributed roughly $42 million. Sportsmen’s groups have provided approximately $6.8 million, federal agencies about $6 million and landowners another $2.6 million.

Thanks to this collaborative effort — both physically and financially — Utah has been able to help strengthen it’s mule deer population while other states still struggle.

So why are other states finding it so hard to follow suit? First, the very scope of Utah’s partnership-program is difficult to achieve. Some states are trying to coordinate a cohesive effort amidst various organizations, but it is easier said than done. The politics of asking for responsible energy development is an increasingly prevalent issue that many land management agencies are struggling to overcome. Transportation departments must also strive to create safe wildlife crossings at key areas. Urban development is also an ever-growing problem.

States are also finding challenges repairing lands damaged by wildfires and invasive species. Doing so is not only expensive, but extremely time-consuming and many states simply do not have the resources to surmount the odds.

Wyoming is doing its best to hone in on what it believes is one key issue — fawn productivity.

“In Wyoming, we are keying in on the phrase that ‘It is all about the fawns,’ ” relays Daryl Lutz, wildlife management coordinator for the Wyoming Game and Fish Department.

For the past 25 years, Wyoming’s mule deer population has dropped by 32%. Lutz says the decline is correlated with dismal fawn production during recent drought years. Biologists believe that they target ratio for a hunted mule deer population to sustain healthy numbers comes in around 66 fawns for every 100 does.

“Any change we see with mule deer recovery is likely based on fawn productivity and survival,” he believes. “Habitat is the key.”

Research indicates that the condition of does as they enter winter is a primary factor in their ability to birth a fawn and help it survive the first few months of life. Areas with plentiful habitat and native vegetation help the does to prepare themselves to do so.

Yet it takes time for habitat improvements to bring viable results. Only time will tell if the conservation and restoration efforts will have a significant impact on helping deer survive harsh winters. So far, though, the signs look promising.

“People told us we might have to wait eight to 10 years to start seeing a response,” Moretti says. “I’m having a lot of guys telling me they are seeing a lot of twin fawns this year. We haven’t seen that for a while.

“When we get a hard winter, maybe we will see if this truly is a rebound,” he adds. “I’m hoping it is.”