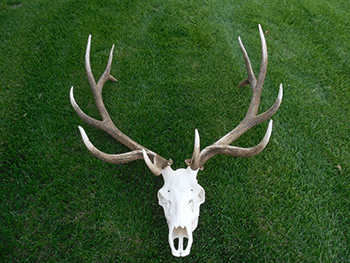 Utah resident Robert Mathew Anderson, who was convicted on April 4, 2014 of poaching a trophy bull elk last September, has been sentenced in the 7th District Court in Castle Dale.

The sentence occurred on June 3rd and included the following:

Two people witnessed the incident and shortly thereafter notified wildlife officers,  who used initial information to execute search warrants for the recovery of the bull elk and the weapon that was used.

The conviction would not have happened without the help of those two individuals, officials said. They continue to encourage those with information regarding wildlife offenses to contact the UTIP hotline at 1-800-662-3337 or any Division office.