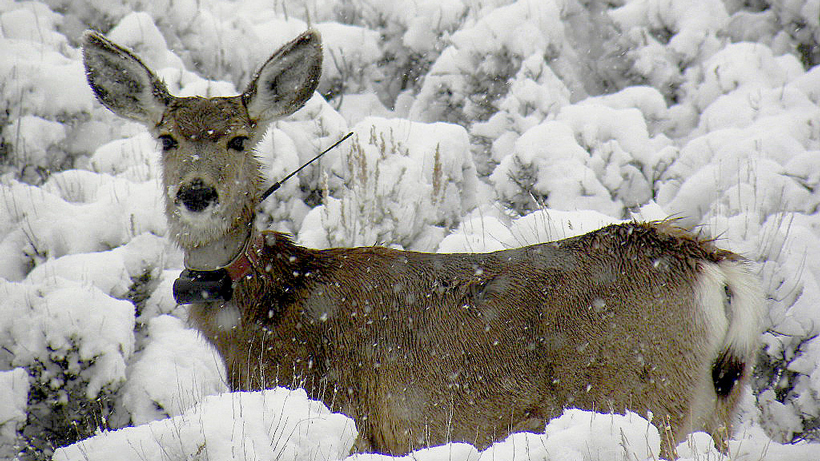 Curious about migration patterns among Utah wildlife? A new Utah Division of Wildlife Resources website launched last week should help satisfy that curiosity. The site allows the public access to GPS data on numerous species that include a variety of different fish and wildlife species. And Utah is one of only a handful of states allowing this type of “real-time tracking of wildlife,” the St. George News reports. It is also the only state to include fish tracking as part of its migration initiative – a project that began back in 2017.

“This program has also shown us that some fish in the Colorado River have traveled over 900 miles and across state borders in search of suitable habitat to feed, spawn and escape predators,” Utah DWR Aquatics Coordinator Don Wiley said in the release. “That kind of information was not previously available and has been invaluable in helping us identify areas for habitat projects.”

Data tracking identifies places where animals tend to congregate the majority of their time, allowing biologists to help improve habitat in those areas. It’s also used to map migration routes and create safer wildlife crossings in those areas – either through the construction of overpasses or underpasses or through fence removal and other projects. Biologists use the data to determine how wildlife navigate private and public land, which can lead “to better, more comprehensive wildlife management on all lands” and help increase river connectivity “by identifying barriers to fish movement.” It can also help decrease poaching.

“Using GPS tracking data, our law enforcement officers were actually able to successfully locate and prosecute a poacher,” Utah DWR Migration Initiative Coordinator Daniel Olson said in a press release. “We have also learned other interesting things. For example, there are deer that swim almost a mile across Flaming Gorge Reservoir as part of their annual migration. A lot of the information we gather from this tracking initiative is invaluable in helping us better manage wildlife.”

According to the St. George News, Utah DWR biologists and partners are currently tracking over 2,800 animals across the state and “those animals generate about 26,000 data points each day.” Since the project began, biologists have collected 14 million location data points.

“We watch the GPS data, and it tells our biologists when an animal has died,” Olson said. “We then go gather the collar so we can reuse it on another animal. We like to reuse them since they cost about $1,100 each.”

Because it is difficult and expensive to capture and collar wildlife, Utah DWR asks that hunters not harvest a collared animal and, if they do, to leave the collar alone and return it to UWDR.

For more information on the available data, click HERE.