Utah proposes changes to trail camera use and more 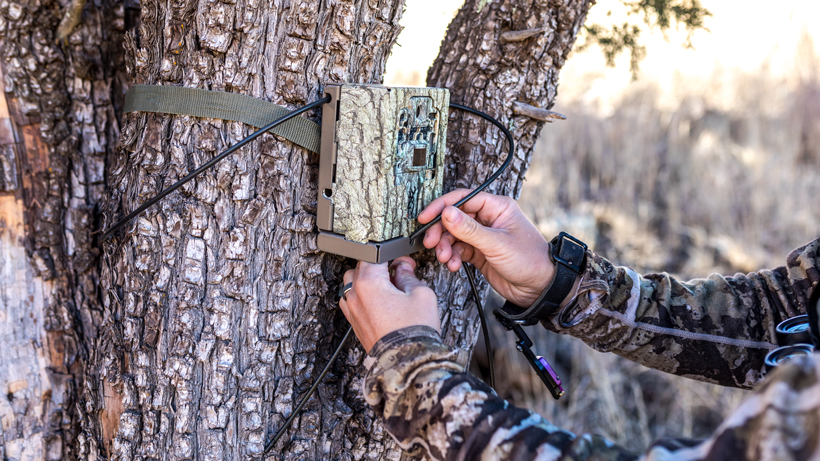 UPDATE TO THIS NEWS RELEASE: In yesterday’s Utah Wildlife Board meeting, the board voted to postpone receiving public comments on the trail camera recommendations until further surveys could be conducted on the issue. The recommendations regarding trail cameras, the use of night-vision devices and various other big game hunting proposals that were made public for feedback on Aug. 23 will be presented to the public in a future meeting.

Trail cameras that show footage in real-time are getting the boot in Utah. The Utah Division of Wildlife Resources (UDWR) recently proposed prohibiting the use of transmitting trail cameras for locating big game between July 31 and Jan. 31, based upon public feedback on the use of this technology. The proposal is a result of the passage of HB 295, which is a new law requiring the Utah Wildlife Board to “make some rules governing the use of trail cameras in hunting,” according to a press release.

Public sentiment supports the ban on this sort of trail camera with 62% of those polled opposed to their use. The new rule, if approved, would also “prohibit the sale, distribution or storage of any footage from a transmitting trail camera that was used to harvest or that helped in the harvest of any big game animals,” according to UDWR. The rule would not apply to private landowners who use transmitting trail cameras to keep tabs on their property for “trespass or active agricultural operations” or those cities participating in the Urban Deer Program. However, while landowners could still use them for the above activities, they could not use them to help harvest any big game.

Other proposed changes on-deck include banning the use of night-vision devices to locate big game. If approved, this rule would make it illegal to use this type of technology 48 hours before and 48 hours after any big game hunt. The types of specific technology included in this rule are night-vision devices, thermal-imaging devices, infrared-imaged devices and any other electronic device “that enhance the visible and non-visible light spectrum,” according to UDWR.

“We feel that these new rule changes are in line with much of the public feedback that we received during our surveys, and that it will also help maintain a more sportsmanlike and ‘fair chase’ approach to hunting in Utah,” said UDWR Big Game Coordinator Covy Jones.

Per UDWR, big game hunt changes are also on the horizon in Utah, pending approval, that include:

If approved, these changes would be effective for the 2022 hunting seasons.

“Some of these rule changes will help to simplify, streamline and clarify some of the previous hunting rules,” said Jones.

There are also a few changes proposed for once-in-a-lifetime hunts, which include combining the Zion Unit bighorn sheep hunts into one due to a decrease in the number of permits and a boundary change that will create two new bison hunting units in the Book Cliffs.

If you want to weigh in on any of these proposed changes, you can comment here. There are also several public meetings scheduled: