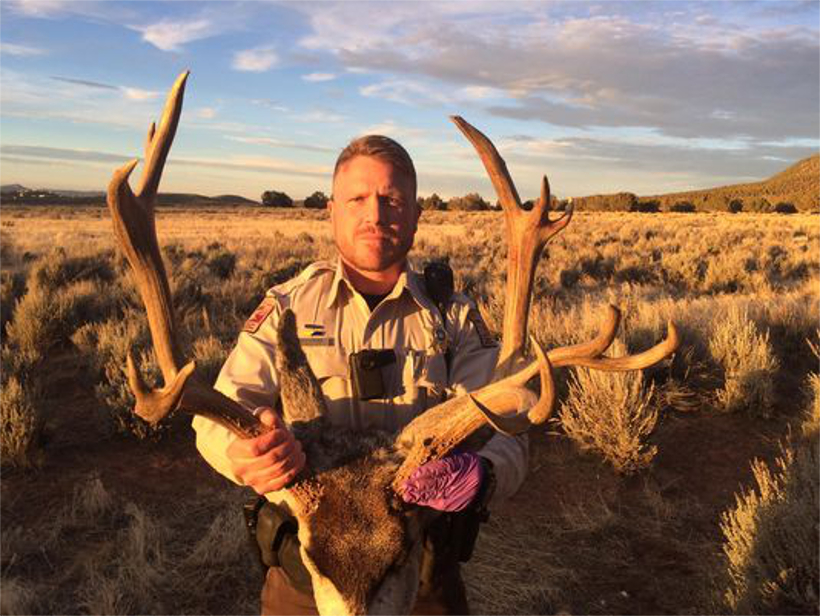 There’s another poacher on the loose and the Utah Division of Wildlife Resources (UDWR) is asking the public for any information that may help in solving the case. The mule deer buck was originally spotted injured by local residents between Dec. 6 and 10. It was found dead near Shurtz Canyon on Dec. 11.

According to UDWR officer Josh Carver, the buck’s injuries were not “consistent with rut wounds caused by another buck.” The buck’s death followed reports of someone trespassing and spotlighting the area late one night and UDWR expects foul play.

“Ninety-five percent of my cases are people illegally killing the deer and leaving it to rot,” says Carver. “If someone needs meat, they can get put on a list and be called when there is a road-kill that can be salvaged, or a deer caught in a fence that needs to be put down.”

While UDWR officials continue to sweep the surrounding areas for clues, Carver believes that someone has seen something.

“What these guys don’t realize is there are people in the outdoors 24 hours a day, seven days a week these days,” says Carver. “I know there are a lot of people out photographing deer now during the rutting (mating) season. Somebody saw something.”

If anyone has anything to report regarding this case, please contact Utah’s Turn In A Poacher hotline at 800-662-3337.