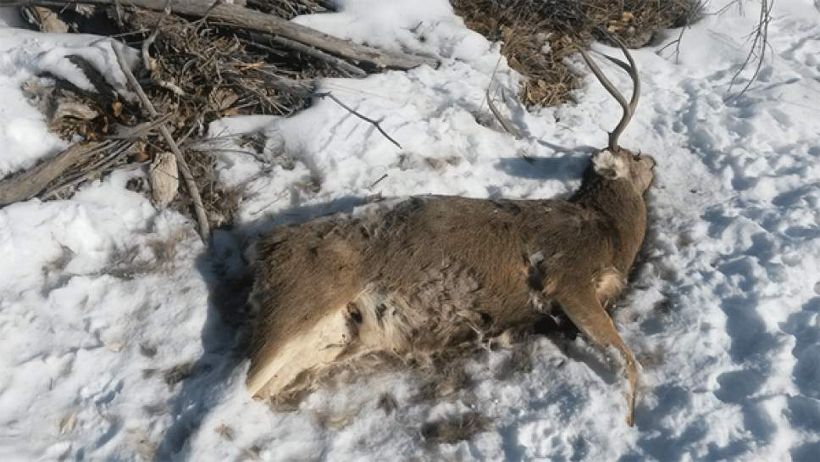 Photo credit: Deparment of WIldlife Resources | One of dozens of deer poached by Tooele juveniles

Unfortunately, poaching doesn’t have an age requirement. The Utah Department of Wildlife Resources (UDWR) has arrested eight juveniles in connection with a string of two dozen poached mule deer in Tooele and Emery counties that occurred over several weeks. All of the deer were left to rot.

According to the Salt Lake Tribune, 15 to 20 mule deer ranging from buck to doe to fawn were killed in Emery County by one group while at least six deer were killed in Tooele County by another. All face charges relating to drug and alcohol possession, trespassing and firearms violations along with several wildlife-related charges.

“If more than one deer was killed in the same episode or at the same time, it would elevate the seriousness of that violation to a felony,” says Capt. Mitch Lane of UDWR. "So we could have, potentially, multiple felony charges."

The poachers were caught after officers stopped two men while investigating a series of gun shots and a suspicious vehicle leaving the area, according to the Deseret News. Once the men were stopped, officers found antlers in the car. A search warrant issued for another related vehicle found more antlers. The men, thought to be area high schoolers, were arrested.

“Having two cases of multiple poaching incidents at the same time is rare,” says Lane. He urges the public to remain vigilant and report any suspicious activity immediately.