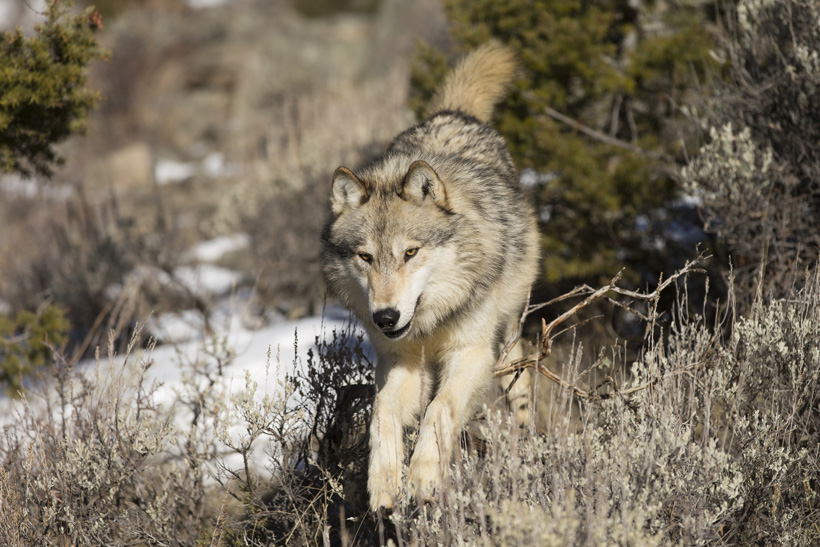 Last December, a coyote hunter shot a young gray wolf believing that he was actually killing a coyote. He immediately notified the Utah Division of Wildlife Resources after finding a tracking collar on the animal, which launched an investigation led by officials at U.S. Fish & Wildlife Service (FWS). Last week, FWS concluded that the hunter did not intentionally target the wolf and, therefore, would not be charged with its death.

Wolves are protected in Utah under the Endangered Species Act, but anyone is allowed to hunt coyotes within the state, which was the reason behind this unfortunate incident. The three-year-old wolf named “Echo” was a rarity because of its close proximity to the Grand Canyon.

According to the Associated Press, FWS emphasized the importance that all hunters “identify their target before pulling the trigger.” Those in charge of the investigation did not find anything that refuted the hunter’s honesty in saying that he did not know it was a wolf and prosecutors could not find enough evidence to prove that the hunter knew what he was doing. Under the McKittrick policy, hunters who kill wolves are not charged if authorities cannot prove they knew they were shooting a wolf.

Of course, this policy angers wolf advocates who say that it should be changed.

"You can get a 'Get out of jail free card' by saying the magic words," says Michael Robinson of the Center for Biological Diversity. "Those are: 'I thought it was coyote.'"

While wolf hunts continue in Montana and Idaho, other states have prevented further hunting and trapping, including Wyoming, Minnesota, Wisconsin and Michigan after wildlife advocates sued, according to the Associated Press. Regardless, this truly was a case of mistaken identity. The hunter accepted full responsibility for the incident and worked with authorities to understand the circumstances behind the shooting.