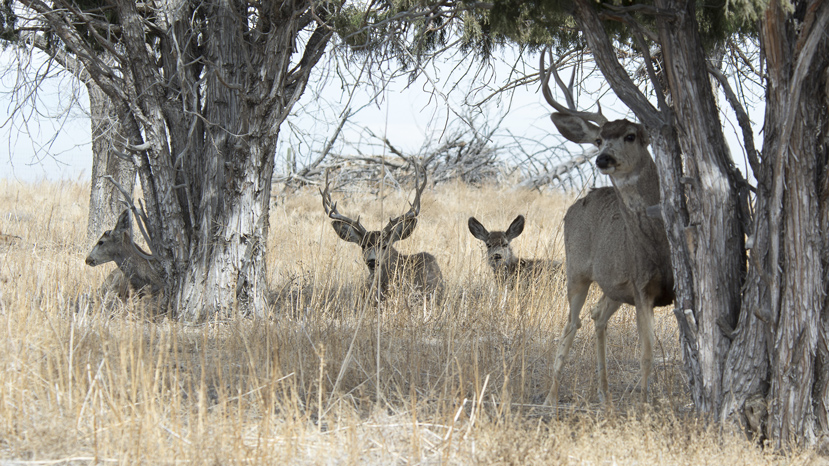 Winter is finally behind us, which means melting snow and spring vegetation. This is good news, particularly for deer and other wildlife that have to survive through extreme temperatures and deep snowpack, making food and general existence incredibly difficult. Yet, despite the difficult winter, Utah Division of Wildlife Resources (UDWR) biologists say that most of the deer have managed to get through it pretty well. In fact, the adult deer survival rate is at 92% statewide—and because the majority of deaths occur during the winter, biologists are hopeful this percentage won’t drop.

Much of the state’s deer populations have fared well. Southern Utah has the highest survival rates so far and central and southeastern Utah are experiencing average rates; however, areas in northern Utah—the Cache and Kamas/Chalk Creek areas—are below average, according to UDWR.

“This is an above-average mortality year for the northern third of the state, but we have had worse,” said UDWR big game projects coordinator Kent Hersey. “For the Cache County area, we have had much worse adult survival, but the Cache fawn mortality rates are well above average. For the area around Echo Reservoir, adult mortality appears quite high and this is concerning.”

UDWR doesn’t provide supplemental feeding for deer or other big game animals because it “can be damaging to the natural habitat” due to too many deer congregating at once, the possibility of disease and “suddenly introducing a higher-nutrient feed when the deer have adjusted to a low-nutrient feed during the winter,” according to UDWR big game coordinator Covy Jones.

“While the majority of deer deaths occur during the winter when it’s hard for them to find food, winter-related deaths can still occur through April,” said Hersey, who added that warming temperatures should help the death rate continue to steadily decline.