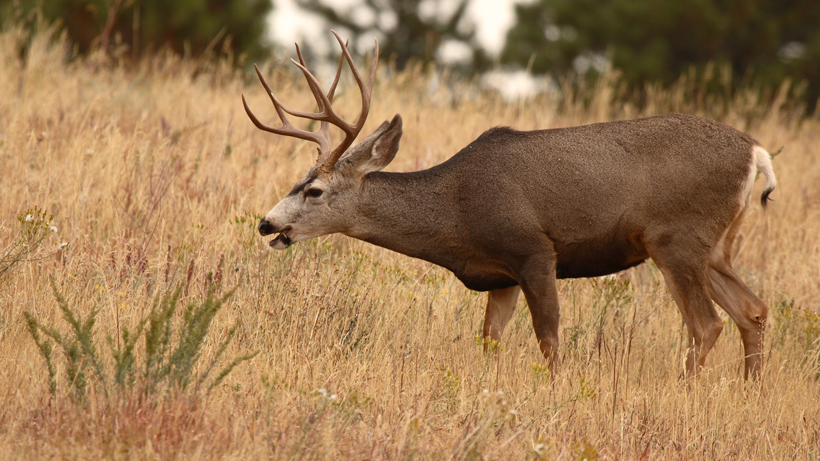 About 50 mule deer that live within a population of 400 to 500 on Antelope Island in Utah will be captured and collared in an effort to determine the healthiness of the contained herd. The mule deer generally thrive on the island, but biologists “try to keep the population from going too high or low” without killing any animals to maintain a sustainable population, the Standard-Examiner reports.

“Mother Nature is real good at taking care of herself, but my job as a biologist is trying to reduce the amplitude of how many die,” said Eric Anderson, a Utah Division of Wildlife Resources (UDWR) district wildlife biologist over the northern region. “... If (the population gets) too high, you’ll see a real steep die-off.”

Figuring out that balance is the catalyst behind the current capture and collar initiative. UDWR biologists will be assessing “each deer’s weight, hind feet, body length and the fat on the deer’s body.” Blood samples will be taken and shots will be given, including Vitamin D.

“The fat helps us understand how well they’re going into winter,” said Anderson. “For mule deer, their survival depends highly on how much fat they can put on during the summer, so that gives us an indication of how well ... the summer has been for them coming into winter.”

This is the first undertaking like this targeting mule deer on Antelope Island in the last five years.

During this particular project, biologists plan to collar 30 animals: 10 bucks and 20 does. Biologists will use the collars to track migration patterns over the next year or so. According to the Standard-Examiner, there are many similar projects already in-progress across the state.

“It’s a pretty intense effort statewide to monitor our populations and look at migration, and that helps us to better be stewards of the wildlife for the citizens of Utah,” said Anderson.