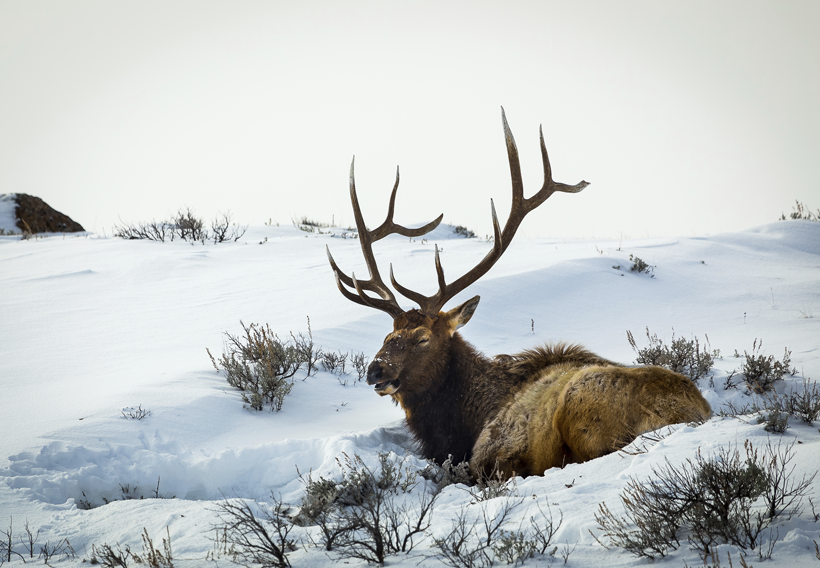 The Utah Department of Agriculture has confirmed that a bull elk shot in a private Utah high fence hunting ranch has tested positive for Chronic Wasting Disease. It is not yet known where the CWD originated, but Howe’s Elk Ranch near Blanding is currently under quarantine while officials investigate.

This positive confirmation also means that approximately 20 wild deer and two moose that shared space with the elk within the enclosed Broadmouth Canyon Ranch in Liberty will need to be killed in order to be tested. The entire herd of elk (totaling more than 60 animals) at Howe’s Elk Ranch will also be destroyed and tested.

"The bull came from the farm in southeastern Utah as part of a group of 11 bulls," Utah state veterinarian Warren Hess told the Salt Lake Tribune. Out of the nine bulls killed by hunters, one came back positive for CWD. Because the state mandates that all animals killed at private elk farms or hunting ranches be tested for CWD, the bull elk’s positive results began this unfortunate chain-of-events. Ranch owners killed the remaining two bull elk so that the animals could be tested for CWD. Officials are currently waiting for results of the tests.

While CWD is not new to Utah, according to the Salt Lake Tribune, the current distribution of the disease between 2003 and 2013 does not show prior evidence of its existence near Liberty where the Broadmouth Canyon hunting ranch is located. Records show that there has been no movement of elk into Howe’s Elk Ranch for the past five years and officials are not sure where the CWD originated. Officials say that the CWD-infected bull had been at the hunting ranch for less than three weeks before it was killed.

"There wasn't a long exposure and so far that is the only animal to test positive," says Hess. "We have two areas of concern: the park itself and the deer inside the park and the chance of them being infected and getting back out."

In order to keep CWD contained, officials with Utah Division of Wildlife Resource are currently making plans to hunt the deer and moose within the Broadmouth Canyon Ranch in order to test the animals for CWD and prevent any from escaping and transmitting the disease to other wild animals.