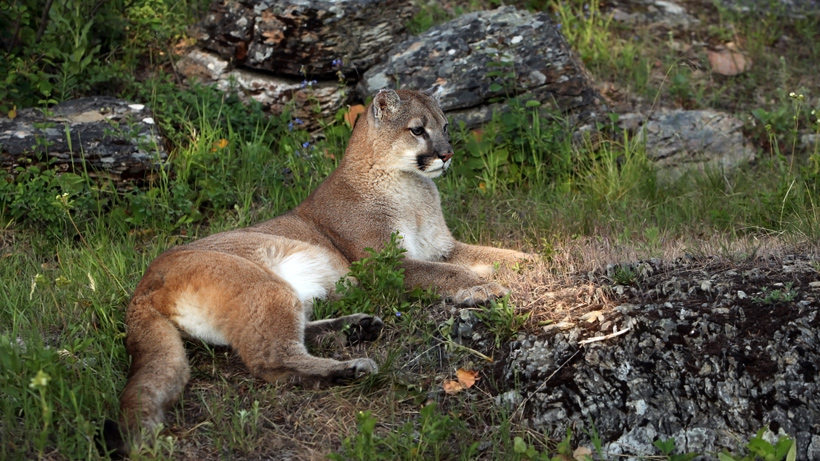 A Utah bowhunter is lucky to be alive after being attacked by a mountain lion last week. Cody Hardman says he had “just nocked an arrow to begin his hunt for elk” when he heard a growl and then an “unmistakable roar,” the Deseret News reports. Hardman immediately searched the tree line, pulse quickening. At 10’ away, a mountain lion was poised and ready to pounce.

“His eyes were pinned on me, boy,” said Hardman. “They were looking right into my eyes.”

While Hardman attempted to shoot the mountain lion with his arrow, he missed, using up his one chance at self-defense. The cat leaped, landing on Hardman’s chest and knocking him to the ground.

According to the Deseret News, the mountain lion clawed Hardman, charged him several times and left him with a “puncture in his leg” before fleeing. Hardman immediately climbed a tree and called authorities for help, lucky to be alive.

While the attack occurred around 6:40 a.m., roughly three miles east of Kamas, Summit County sheriff’s deputies and officials with the Utah Division of Wildlife Resources did not arrive until about 10 a.m., armed and ready to hunt the cat. The search continues and, if found, the mountain lion will be euthanized.

As for Hardman, he’s happy he was able to return to his family and counts himself lucky.

“I mean, that lion was going to tangle if we had to, but he punched a hole in me and went on his way,” said Hardman.