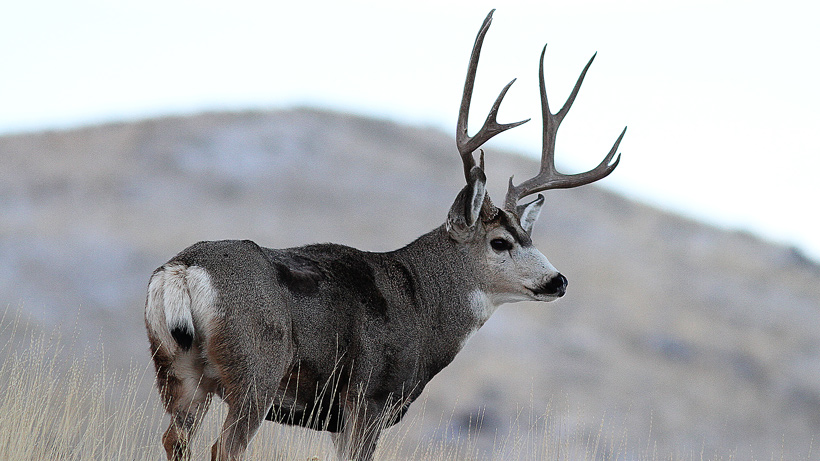 According to the Utah Division of Wildlife Resources (UDWR), the board increased permits on 10 of the deer units; the remaining 13 units will be the same as 2017. General rifle has been divided into an early October hunt and a later October hunt for most of the units where permits were added.

“Permits on these units will be split between two hunts,” says UDWR Big Game Coordinator Covy Jones. “Splitting the permits between two hunts should help reduce hunter crowding and hopefully allow everyone to have a good experience.”

Utah has also changed its pronghorn management plan based upon recent data that found low survival rates for bucks – one out of every five bucks dies annually due to causes other than hunting – and the discovery that buck pronghorn horns do not grow much larger after the animal is two years old.

“Because of these lower survival rates and because most of their horn growth occurs by two years of age, it doesn't make sense to manage for older pronghorn,” says Jones. “Because we’re now managing for younger animals we can offer more hunting opportunities this fall while still providing a quality opportunity for hunters.”

More Rocky Mountain bighorn sheep permits are added as a direct result of a new population in the Oak Creek Mountains. Thanks to the healthy herd, hunters are now able to take a few of the rams.

Permit numbers will be posted on May 5 for each of the state’s hunting units and the big game drawing will be held later this month. If you applied for a permit, you’ll know whether or not to start scouting this summer by May 30.

Below is the total number of permits approved for 2018 compared to 2017: