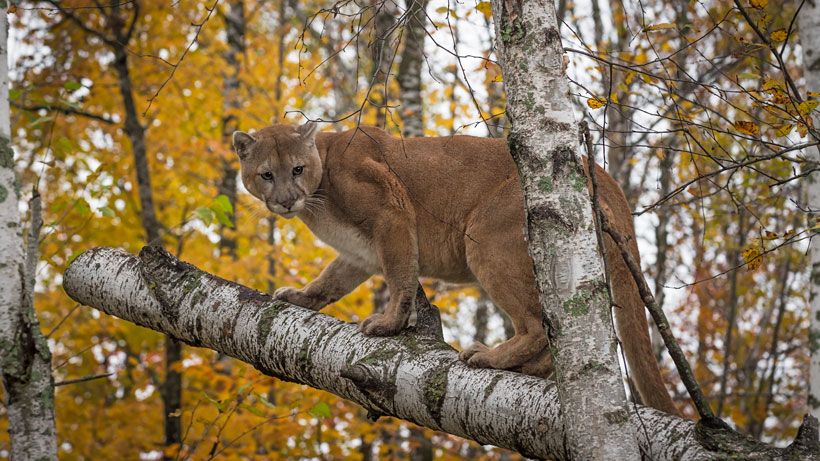 Utah hunters, get ready for cougar season. For the 2017-18 season, there should be more opportunity as the Utah Division of Wildlife Resources (UDWR) just announced its recommendation to increase the number of cougar permits from 531 last year to 565 this year. The state hopes the boost in permits will help keep the current cougar population manageable as well as safeguard its primary prey: deer, bighorn sheep and livestock.

Utah monitors cougars carefully and aims to create a healthy balance while also taking into account depredation and livestock conflicts. This means that some years, more cougars can be harvested than other years. The strength of the adult cougar population, particularly the number of females, dictates whether the population will thrive or fail. In fact, according to Utah’s Cougar Management Plan, “no more than 40% of the cougars hunters take can be females” and “15% of the cougar taken must be five years of age or older,” the Deseret News reports.

According to the Deseret News, 28% of the cougars harvested were female and 23% were five years or older during the 2016-17 season – well within the recommendations of the state’s management plan.

If you are interested in reviewing the cougar and bobcat hunting recommendations, click here. You can either email your comments or attend an upcoming meeting to share them with UDWR officials. All comments will be discussed during the Utah Wildlife Board’s Aug. 31 meeting in Salt Lake City where recommendations for the 2017-18 season will be determined.

Any hunter that takes a cougar is required to bring the animal to a UDWR biologist or conservation officer so that they can determine the sex of the animal as well as the age.