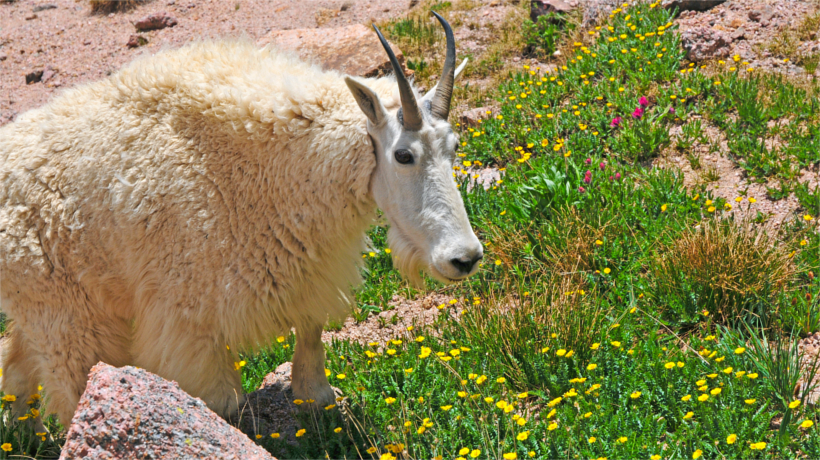 Exciting news, Utah hunters: in 2017, there will be more opportunities to hunt mule deer and mountain goats thanks to healthy numbers. The Utah Division of Wildlife Resources (UDWR) announced its recommendation last week, adding a management buck deer hunt in the Henry Mountains, an inaugural mountain goat hunt on Mount Dutton, and an extended chance for muzzleloaders following the regular rifle season.

“Last year,” UDWR Big Game Coordinator Justin Shannon said in a recent press release, “the buck-to-doe ratio on the unit was 65 bucks per 100 does. The number of bucks needs to be closer to 40 to 55 bucks per 100 does, which is the objective for the unit. If we don't reduce the number of bucks, they'll start competing with each other, and with the does, for food. Competition among deer can have negative effects on body condition, deer survival and antler growth.”

To keep the buck harvest at a sustainable level, UDWR is proposing a management buck deer hunt in the Henrys, meaning that bowhunters or muzzleloader hunters would be able to hunt the unit. Keep in mind that antler restrictions will apply: legal bucks are those with three or fewer antler points on at least one antler.

Hunters should also keep Mount Dutton on their radar for 2017 as UDWR biologists have deemed the mountain goat numbers stable enough for hunters to harvest a few. According to a UDWR press release, the mountain goats within the unit have either migrated from the Tushar Mountains or are ones relocated to the Mount Dutton unit.

UDWR’s final recommendation for the 2017 unit will have sportsmen and women zeroing in their muzzleloaders in anticipation of three additional late season limited entry buck deer hunts in Ogden, Mount Dutton  and Plateau, Fishlake.

“The buck-to-doe ratio, on all three units, is exceeding 18 to 20 bucks per 100 does,” says Shannon. “We're comfortable allowing some muzzleloader hunters to hunt these units once the general rifle hunt is over.”

The Utah Wildlife Board will meet in Salt Lake City on Dec. 9 to determine the rules for the 2017 season. Stay tuned to goHUNT for further details.