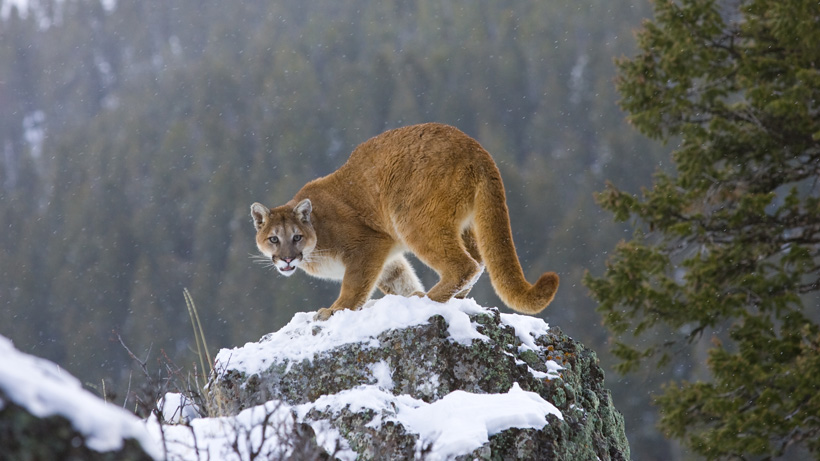 To help big game populations rebound, a new Utah bill has been proposed that would allow for the immediate removal of predators from targeted areas. House Bill 125 (HB 125), which is sponsored by Rep. Carl Albrecht (R-Richfield), was sent to the House Natural Resources, Agriculture and Environmental Committee last week; however, Albrecht says it could be met with opposition once it hits the House floor, The Park Record reports.

The premise of the bill comes from too many predators and decreased deer and elk herds within the state. Albrecht says that his constituents didn’t see any deer in any of the usual spots during last year’s deer hunting season.

“I got more calls than you can imagine that there are no deer,” said Albrecht. “Believe it or not, I got more calls on that than I did on the tax reform. It’s a big deal in rural Utah.”

While the Utah Division of Wildlife Resources already has predator management plans in place that “generally allow for more predators to be removed when prey populations do not meet the objective size set” by the agency, Albrecht’s bill would immediately force action against mountain lions, bears, coyotes and bobcats to protect mule deer, elk, bighorn sheep, moose, mountain goats, antelope and bison.

“The director (of the DWR) shall take immediate action to reduce the number of predators within a management unit when the big game population is under the established herd size objective for that management unit,” the bill states.

However, according to The Park Record, some environmental groups are against HB 125, saying that it could eliminate predator groups “without scientific proof that it would help the big game animals.”

“I’m not anti-hunting. I am anti reckless, poorly conceived management plans that don’t really take into account all the information that should be taken into account,” said local resident John Ziegler. “At what point do we hit the tipping point for predator species?”

Ziegler points to important considerations that the bill doesn’t address like “climate change, disease or hard winters,” adding that “if a herd is struggling because of drought, killing more predators is likely not the answer to increasing herd health.”

Other opponents like Kirk Robinson, executive director of the Western Wildlife Conservancy, don’t believe the bill is ethical.

“Deer and elk and cougars and black bears are equally important. They are all significant,” said Robinson. “Is it really ethical to kill lots of predator species just to have more deer for hunters to shoot?”

HB125 specifically includes language that would increase “hunting tags for predators until the herd size objective is met,” issue “over-the-counter permits for hunting predator species,” or employ “professional trapping services, including from helicopters,” according to The Park Record. Further, UDWR “would be compelled to employ predator management strategies unless it ‘proves that predators are not contributing to the big game population being under the herd size objective.’” Albrecht believes that this language would force UDWR “to take action” should it be approved.

The UDWR’s legislation liaison did not comment on whether the agency supports the bill.