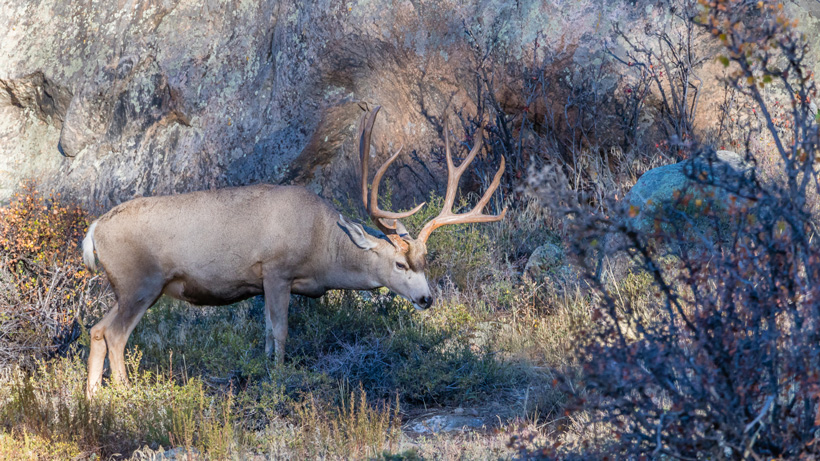 Last week, the United States Geological Society (USGS) announced the release of the Species of Greatest Conservation Need (SGCN) national database, which includes 16,420 species and is searchable by state or by species. The new database lists are part of the State Wildlife Action Plan (SWAP). Congress requires a new SWAP be drafted every ten years in order for states to be eligible for federal funding through the State and Tribal Wildlife Grants Program. The new SGCN lists will help states and territories “process and identify the species most in need of conservation action,” USGS reports.

“By pulling this information together into a national list, we are able to see a better picture of species in need of conservation action,” Kevin T. Gallagher, Associate Director for Core Science Systems, said in a press release. “This database will act as a useful tool for states, territories, and partners to inform management actions for species most in need.”

“Without data there is no science, and without science we would not be able to do what's right for our wildlife,” said Ben B. Hollingsworth Jr., president of the Boone and Crockett Club, in a press release. “This new database is an innovative information tool that helps state wildlife agencies and conservation organizations be more proactive and practical in their conservation efforts.”

According to the USGS, SWAPs help states prioritize conservation assistance through identifying overall habitat and wildlife health as well as key threats in order to create action plans that “conserve fish and wildlife over the long term.”  While a few big game species make an appearance on some state SGCN lists, some – like grizzly bears, black bears and mountain lions – appear on a state’s SGCN list because their newly expanded range shows low numbers in those areas. Others, like bison, moose and pronghorn, are impacted by habitat loss and that shows up accordingly.

“This database encompasses hundreds of species of animals and plants,” said Hollingsworth. “Of special interest to sportsmen are the big game species that do show up on some state lists. Being on the list might look like a red flag that a species is in trouble, but that is not necessarily the case. The actual causes for listing vary and each case will be taken into consideration for future actions. The good news is this database, more often than not, reflects successful conservation.”

SGCN is a collaborative effort of the USGS Integrated Taxonomic Information System, the World Register of Marine Species, USGS data science and a technology testbed from the Earth Science Information Partners along with expertise from a host of scientists across the nation.