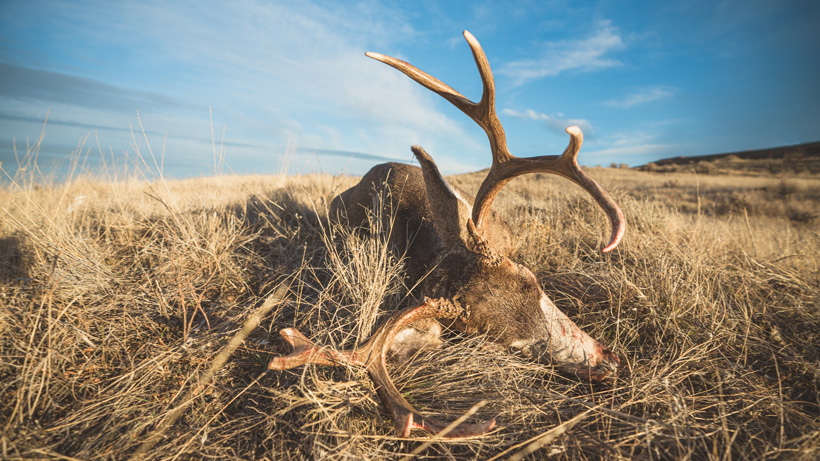 Chronic wasting disease (CWD) first showed up in Montana during 2017, and then in 2018, Montana detected 26 new cases of CWD. For 2019, the state has implemented several CWD management zones. A CWD Management Zone, according to Montana Fish Wildlife and Parks is described as areas where CWD is known to exist. And to prevent the spread of CWD from infected areas of Montana to other parts of the state, certain rules are now in place in regards to the transport of harvested animals to prevent the spread. 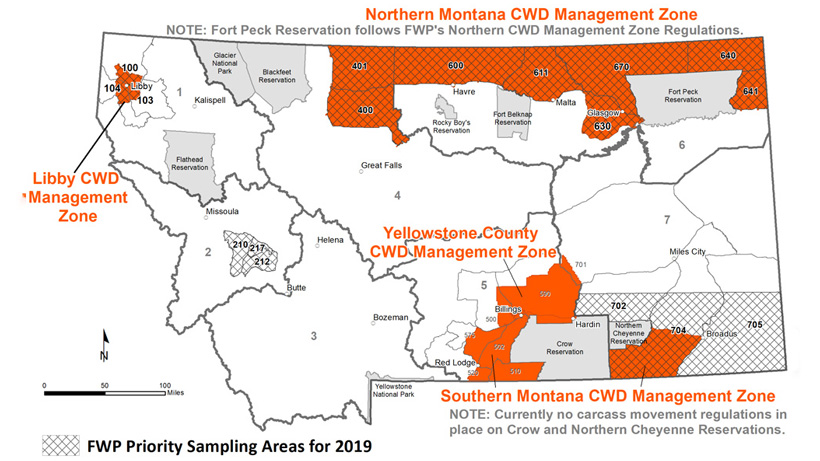 This above map will be updated every Wednesday at noon throughout the hunting season on FWP's website.

According to MT FWP, "chronic wasting disease (CWD) is a prion disease that affects deer, elk, and moose. There is no evidence that CWD can infect humans, though public health officials strongly recommend against consuming meat from a known infected animal. If you harvest a deer, elk or moose within one of the CWD Management Zones, FWP recommends that you have it tested for CWD prior to consumption."

The whole carcass, whole head, brain, or spinal column from any deer, elk, or moose harvested within a CWD Management Zone may not be removed from that Management Zone unless the animal has tested negative for CWD. See map above.

Animal parts that CAN be removed from a CWD Management Zone include:

Evidence of the animal’s sex does not have to be attached to any part of the carcass but cannot be destroyed and should accompany the animal from field to point of processing. More info on CWD can be found here.

Carcass parts that CANNOT be removed from a CWD Management Zone:

These parts should be bagged and disposed of in a landfill or may be left at the kill site on public lands and with landowner permission on private lands.

Hunting Districts 400, 401, 600, 611, 640, 641, and 670 including the communities of Shelby, Havre, Malta, Glasgow, and others that are on the defined boundaries. Special Regulations for Moffat Bridge Special CWD Hunt Area can be found here.

All of Yellowstone County and the portion of Big Horn County north of Interstate 90 and west of the Big Horn River.

That portion of Lincoln County bounded on N by Barron, Pipe, and Seventeen Mile roads; on W by USFS Libby Ranger District Boundary; on S by Bear and Libby creeks and S boundaries of TWPs T29N, R29W and R30W; on E by Fisher River to Hwy 37, Kootenai River, and Lake Koocanusa. Special Regulations for Libby CWD Management Zone can be found here.

How to submit your Montana animals to be tested

Visit the below link to watch a video and read how to submit your sample.

Submit a sample to be tested for CWD here

How to check your CWD results

Once you've submitted a sample, you can check your results at the link below: