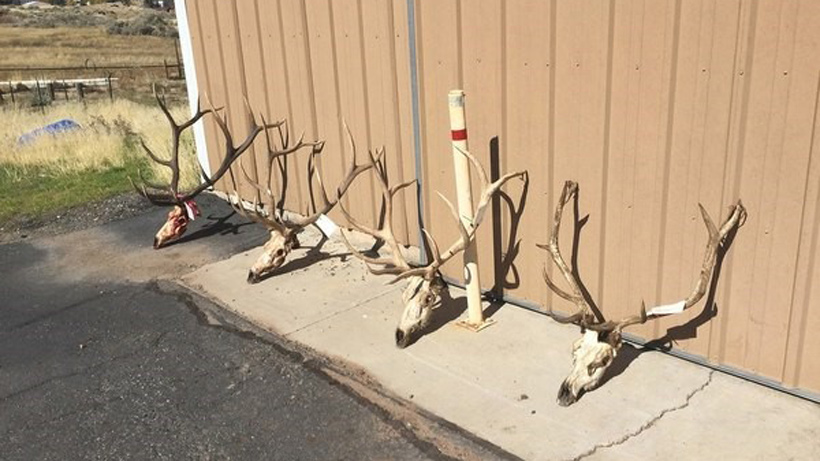 Two separate tips helped Utah Division of Wildlife Resources (UDWR) officials nab poachers who illegally killed over a dozen elk and were two of the largest poaching cases in northern Utah. Both families lived in Duchesne County and were charged with multiple wildlife crimes and ordered to pay thousands of dollars in fines.

The first tip brought investigators to the doorstep of Kenny Swenson, Jr., a convicted felon. Swenson helped authorities track him down after he posted a photo to social media of a friend using a stolen backhoe in his yard; the photo also included a bright yellow truck. Investigators used Google Earth to pinpoint the location and Swenson’s whereabouts, The Salt Lake Tribune reports. A search of Swenson’s property uncovered elk antlers, deer hides, game meat and 50 guns that Swenson, as a convicted felon, is not allowed to possess. 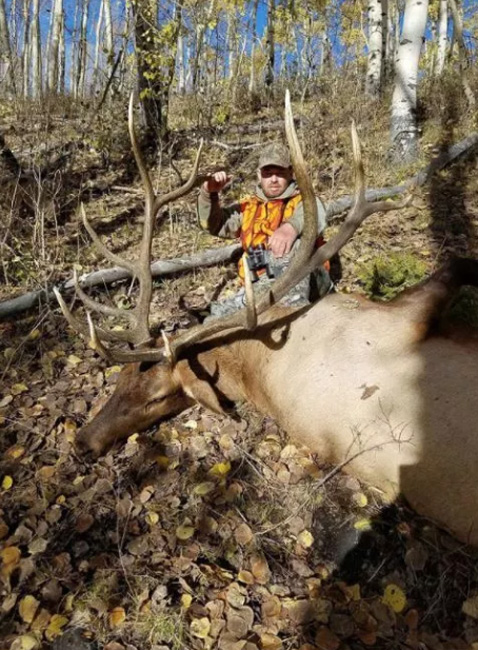 One of the many bull elk poached. Source: Utah Division of Wildlife Resources

According to Fox13, the antlers and hides were from illegal kills on the Wasatch limited entry unit near Strawberry Reservoir and the South Slope Yellowstone/Bonanza/Vernal unit; Swenson had also poached trophy mule deer bucks in the Book Cliffs limited hunting area. He pleaded guilty to two third-degree felony charges of wanton destruction of protected wildlife, ordered to pay $16,000 to Utah’s poaching hotline and lost hunting privileges for 28 years. He may face additional jail time and fines as well as the loss of hunting privileges in Wasatch County for 14 years.

The other tip led authorities to a different doorstep in Duchesne County—Billy and Jennifer Thompson’s. Billy confessed to poaching four bull elk, four cow elk and two buck deer and Jennifer admitted to illegally killing a cow elk and a doe deer; both also said they helped Jennifer’s father (a New York resident) kill an elk, Fox13 reports. Both were sentenced to jail time: Billy, 107 days in Duchesne and Uintah County jails and Jennifer, ten days in Uintah County jail. Together, they were ordered to pay $1,000 in court fines and $18,250 to the state’s poaching hotline. Authorities are still determining how long both will lose hunting and fishing privileges. Billy could lose these privileges for 65 years in Utah and the other 46 states that honor the Interstate Wildlife Violator Compact; Jennifer may lose privileges for 17 years.

“The tips that we got [in these cases] really provided hardly any information,” Eric Miller, a state wildlife officer, told The Salt Lake Tribune. “Both were anonymous. ... and there was nothing to go on. But we were able to get a lot out of it. Even if you don’t have anything to really go on and can’t prove it, sometimes we can.”