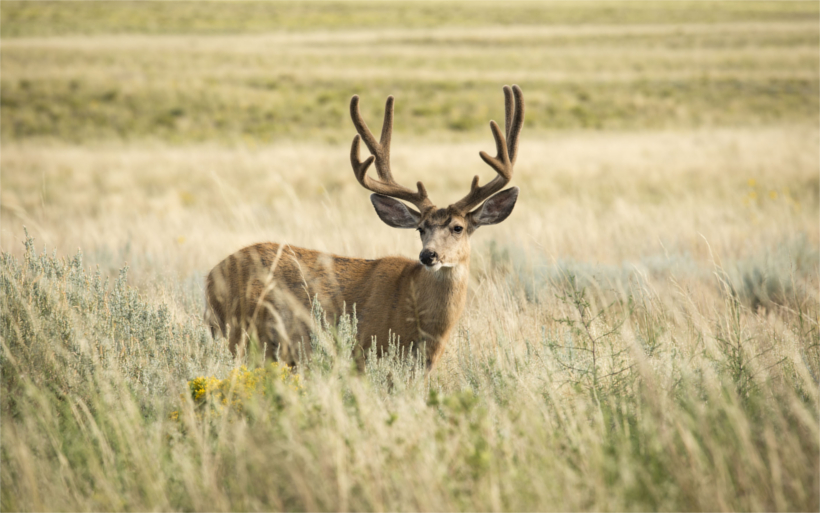 Two Tennessee men, Eddy Albert and Densibel Calzada, are banned from hunting for life after killing at least 40 deer illegally, possibly more. During the investigation, the Tennessee Wildlife Resources Agency (TWRA) discovered photos and videos of the two mocking the deer, including some that were possibly the most gruesome images that officers had ever seen. The hunting ban extends beyond Tennessee to 43 other states within the country.

“They were getting on top of the deer and doing all sorts of things," TWRA information officer Doug Markham told The Tennessean. “They had one where the deer was still alive and they blew his head off. They were high-fiving each other after showing the hole where they had shot one at nighttime. I didn’t see all of the videos, but the officer said some of it was just really grotesque.”

According to a press release issued by the TWRA, the poaching occurred at night on private property and the men documented their crimes through numerous videos and photographs taken with their phones.  They were caught after an initial run-in with police following a trespassing violation in December. Two days later, Smyrna police officers, who were investigating shots fired near the city’s airport, came upon the same men with weapons, beer and dead deer, which lead to the investigation that put these poachers in their place.

“Our wildlife officers worked hard, did a lot of search warrants, discovered a lot of photographs, found out what they were doing,” says Markham.

The lifelong hunting ban is by far the worst punishment that TWRA has ever issued.

“If they decide to hunt or poach again, they face the likelihood of going to jail,” says Sgt. Jonathan Lee. “With their actions they have created a bad situation for themselves.”

Both men pleaded guilty to the crimes and, in addition to the hunting ban, will serve 100 hours of community service under supervision of the TWRA and will be placed on probation for 18 months. They must pay $1,000 each in court costs and $5,000 in restitution fees. Their  weapons (a rifle and a crossbow) were also confiscated.

“These guys have no ethics. You hope they grow out of it,” says Markham. “Our real hunters have ethics and care about what goes on, and they are the sportsmen that support our management in Tennessee.”