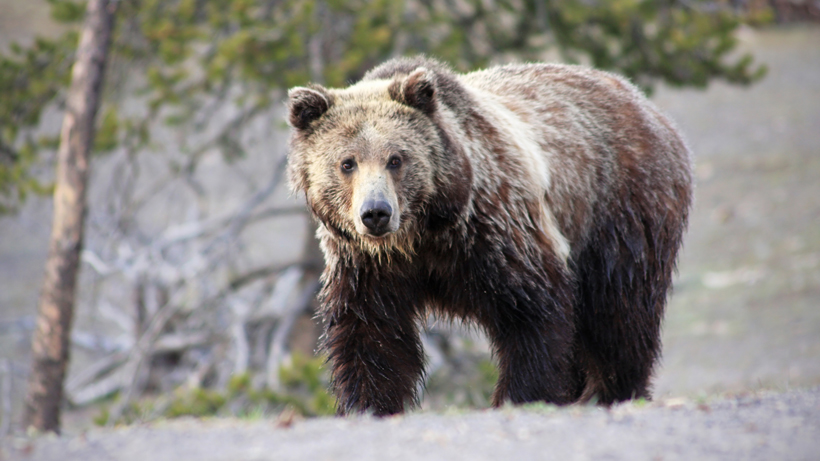 Two new research studies take a closer look at the grizzly bear populations along the Montana-Idaho border in the Bitterroot Mountains. The area is considered prime grizzly bear territory and has been a concentrated recovery area for the animals; however, the 5,830-square-mile Bitterroot Recovery Zone is “the only one with no confirmed resident grizzlies” despite its federal recovery area designation, according to The Spokesman-Review.

However, that doesn’t mean there aren’t grizzlies in the other neighboring areas like Sapphire and John Long Mountains and Montana’s Big Hole Valley.

“Idaho on a percentage basis has the most potential suitable grizzly habitat of any state in the western United States,” said David Mattson, a volunteer grizzly researcher in Livingston, Montana, who released The Grizzly Bear Promised Land: Past, Present and Future of Grizzly Bears in the Bitterroot, Clearwater, Salmon and Selway Country in mid-June.

“It’s equal to what’s realized in Greater Yellowstone and the Northern Continental Divide in the number of bears that could be supported,” said Mattson. Both of the areas that Mattson refers to are, together, home to nearly 2,000 grizzly bears.

According to another study published by the Flathead-Lolo-Bitterroot Citizen Task Force, the Bitterroots could be the link between the “two more successful areas […] however…certain travel corridors need attention if the bears are to successfully expand there,” according to The Spokesman-Review.

“Bears need denning habitat,” said Mike Bader, an independent wildlife consultant and lead author of Grizzly Bear Denning Habitat and Demographic Connectivity in Northern Idaho and Western Montana. “Just sending males around doesn’t do anything. Connectivity models must be based on females and what they need.”

Bader and geospatial analyst Paul Sieracki worked on compiling the report and determined that grizzly bears might favor the Nine Mile area west of Missoula for its potential denning locations. They also identified corridors that could bring bears through the Sapphire and John Long mountains to connect the more populous areas with the Bitterroots. While promising, changes to where grizzly bears currently roam could create conflicts with ranchers along with other issues with regard to human encroachment and activity within the designated Bitterroot grizzly recovery area.

Further, neither report has been published in any type of mainstream scientific journal, which is critical for any of the research to be deemed peer-reviewed and credible for use in any policy decisions. While Bader plans on submitting his for publication, Mattson said that his paper “synthesizes a wide swath of published journal research, and his past work has also been officially considered in legal and policy debates. ”Regardless, for their research to be discussed in any of the upcoming Interagency Grizzly Bear Committee meetings, it will need to be published to be considered valid.